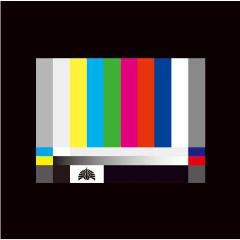 This is it. Tokyo Jihen’s farewell mini-album.

This surprising “sayonara” from Shiina Ringo’s alter ego came at a time when no one would have expected — especially following the success of Great Discovery last summer and the subsequent live tour.

Typical of Ringo, though — just like her pregnancy, divorce, and the forming of Tokyo Jihen eight years ago.

Anyways … what is Color Bars about?

In TJ’s case, Color Bars represents what each of its members has to offer as a professional musician/composer. As such, gone are the days when Ringo would pretty much dictate the conceptual and musical directions through manipulating both the lyrics and the composing responsibilities, especially with their earlier albums like Education and Adult. Instead, each track on Color Bars was composed by a different member of the band — who, in some cases, also took care of the vocals (Hontou no tokoro).

Konya wa Karasawagi (Much Ado About Nothing Tonight), the album’s opening song, was composed and rendered by Ringo herself. Super catchy rhythms, easy to follow and hard to forget melody lines — chic, pop-rock mixed with reggae and jazz music arrangements — and, of course, a quirky but awfully intriguing video that brings back memories of Imperial Japan during the World War I era. These are the minimum standards we would expect of Ringo.

What fascinates me the most about this track, as it turns out, is how the lyrics seem to echo back what their first song ever plugged on air seven years ago, Gunjou Biyori (Ultramarine Weather) [1], seeks to portray. In Gunjou Biyori, water (or raindrops) matters a great deal to Ringo (see the first stanza translated below):

“It’s pouring in Shinjuku
Where are you?
Today Tokyo is turning blue with the cold
No strategy to speak of
Where am I going?
My brain steals the drops and dries me.”

In contrast, the band seems to have had enough of the highs and lows of the “tide” in Konya wa Karasawagi.

Already the time for high tide,
bargains for faces and fame;
Had better stop it,
trades of flattery and curse.”

Maybe that’s why they agreed to sign the contract to terminate the band in the video?

Another track that would likely jump out is the third number, Taimu Kapuseru (Time Capsule). The arrangements of this pop-rock style love ballad may appear to be too mainstream for this eclectic band’s taste level. Its melody line, when rendered by Ringo, is one to die for — which is part of what ultimately defines the Tokyo Jihen sound. In fact, it sounds strikingly similar to Adult’s Super Star. [1] Not surprising at all, considering both songs were written by Kameda Seiji, the band’s bass guitarist and most importantly, a long-time mentor of Ringo in her professional music career.

Now, the surprise factor: the funky sa_i_ta composed by guitarist Ukigumo. The distortions coming from the bass lines interwoven with the soulful ad libs, raps, and dance beat rhythms from the 90’s somehow magnify the sexiness in Ringo’s magnetic vocals — which is yet another defining quality of the band’s sound.

As a mini-album serving to keep a track record of how far each member has progressed over the years, Color Bars has, by and large, made the cut. At the same time, it also speaks to something brutally true in reality: that while each bar [see: song] does have its own unique hue and glamour, some are evidently more vibrant and appealing to us than others.

Preview on Xiami.com | Like it? Buy it on Amazon or YesAsia