Amy: How do you feel about Kpop hits that were born in English from the mind of Scandinavian/English producers? Do you think these songs will work the same way if you’d listen to them first in English by some American or European group that didn’t necessarily train years to debut?

Julyssa: Ooh~~~ damn! Good questions! Well, I did get to hear a Kpop hit in its English version a few years ago. It wasn’t bad at all, but I had already learned to love the song in Korean so the English version felt a little weird somehow.

Works the same way for me with Japanese songs by Kpop groups that are later done in Korean. Until this day I cannot listen to the Korean version of Love In The Ice, it has to be the Japanese version since that is the language I first heard it in and the language I learned to love the song in.

Amy: I can’t follow any Kpop career in Japanese. Or Mando, for that matter.

Julyssa: Yeah, great fan of 2PM in Korean, not at all in Japanese. Yet with DBSK, I am a fan of both their Japanese and Korean songs~ The brain wants what it wants…

Julyssa: I am a fan of all pop, no matter the language. It’s all about what it makes me feel. Mostly happy, so I am all about chasing those endorphins :D

Amy: I love the alternative Jpop scene. x’D maison book girl is amazing. You listen to it and you feel it’s intrinsically Jpop. lol Only Japan. It’s the same feeling when you listen to Gee and you went “yup, that’s Kpop.” Or when you saw Fantastic Baby [MV], and went- “LOL, only Kpop.”

Julyssa: Yeah, but it’s Kpop since it’s sung in Korean! I guess part of Kpop is that polished, coolness, eclectic thing; about being innovative and creating trends, but it is still music pop sung in Korean. 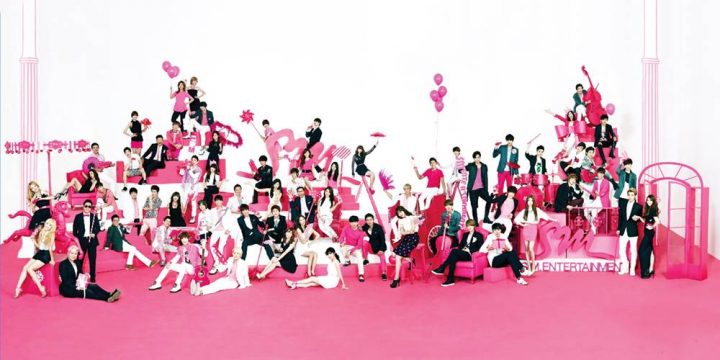 Amy: I feel like- as a 90s boy band stan, that Kpop streamlined its idol machine to the point it would be Lou Pearlman’s wet dream [1]. All these kids are so trained in vocals or dance, it all comes down to likability, personality and chemistry. Then there’s the over-the-top vibe that comes with the pop- like, remember Britney’s high school girl outfit in Baby One More Time [MV] or the green-top in Crazy [MV]. Or Christina Aguilera’s urban-period fusion in What a Girl Wants [MV].

Julyssa: Sure, but do you see that and go: “Oh, only Western pop?” or “only, American pop?”

Julyssa: Alright, so how do we summarize everything we talked about? xD

Amy: I think Kpop took the essence of the 90s pop music scene- polished music videos with dancing, strong color palettes, costumes, visual concepts, and just made it a thing that changes every 4-5 months. The trend changes- be it music or fashion style. Pastel color concepts, weird Kpop, dark concepts. If it’s hit or miss makes it a trend for other groups to follow.

What we want to know is-

What is Kpop to you?

Which ones are your biases? Are you Multifandom? Are you a loyal one-fandom fan?