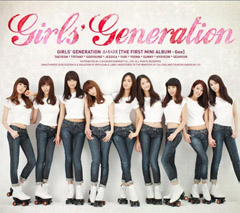 The nine-girl group’s comeback releases a wave of dance mania not seen since Wondergirls’ Tell Me.

The mini-album consists of five tracks that vary in style and make your ears ache. The first track of the album, which gives its name to the album, was the hugest hit in Korea during the first half of year. The coquette dance and the cute voices had everyone in the country and their mother singing and dancing.

The remainder of the album could have been good had they tried to stay in one direction. By trying to show off the girls’ versatile style, the album just becomes bothersome.