SNSD – Tell me your Wish 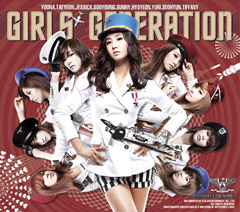 The title song of this mini-album is another hit that is sweeping the Korean music charts as Gee did, but to deliver a mini-album that only has one good song is tiresome.

Although this mini-album is slightly better than their first, they try to follow a concept and that somehow makes the album bearable; but in trying to be a bit more mature yet keeping that sugary style, some of the lyrics are downright stupid.

There is no doubt that the melodies and arrangements are charming, so as long as one does not understand Korean, this is an album that works.