The Journey of a Cassie Part Two – The List Pt. 4

Hello, friends. It’s your local crazy person back with more adventures in Cassie fandom. Earlier this week, I shocked some people with the selection of Junsu as my third favourite member of hallyu super group, DBSK [1]. However, as much as I know that it seems completely illogical to most, in my mind — as blitzed as it was when constructing my top three — it made perfect sense.

Now, I’ve got the lovely task of convincing all you life-long DBSK fangirls that I’ve not completely lost the plot. Who could it possibly be that takes my number one spot if not our beloved dolphin-voiced Angel Xiah?

I can’t say that I know any better than the contingent that named him the best idol in Korea. What I do know, however, is what I feel. The remaining two men on the list hold a deeper spot in my soul — yes, soul — than even the vocal perfection of one Mr. Kim Junsu.

With that, I‘ll cut the formalities.

Now, as it pertains to the latter three members on my list, the only one that was actually easy to place was my number two. After I thought about his influence in the group and his affect on me, the only rational choice was to place him runner-up. 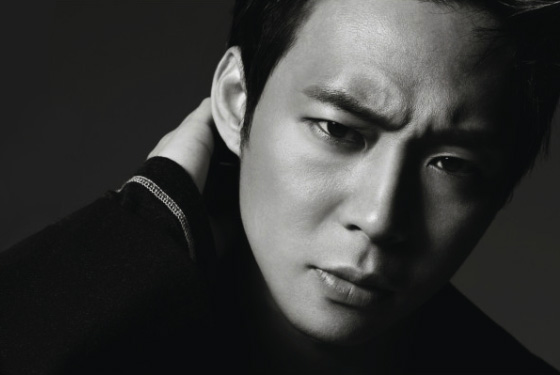 I’d like to start by saying that from the moment I saw Park Yoochun I was head over heels. It didn’t take much. Literally, all I did was see his picture and a bitch was laid the mess out!

I’ll start with his voice. Honestly, it’s no match for Junsu’s technically; however, there’s a soul in him that propels it miles ahead of Junsu in my mind. I grew up on Soul music, so when this pretty Korean boy opened his mouth I was a wee bit more than shocked. It’s a common story, really: a life filled with hardship manages to bring out the very best in someone’s vocal abilities, no matter how technically limited.

There’s a soothing rawness in his delivery that does just the right amount of damage to claim my heart. Though technically flawed, I can’t deny his ability to pour all of his guts into his voice — whether he sings a ballad or has a rage that he needs to let loose [1].

Yoochun’s voice starts in the higher baritone and settles in a high tenor tremor when he sings in head voice. He can locate a note with great ease and knows how to temper his voice when the note may be ever so slightly out of reach.

Beyond his ability to croon with the best of them, Yoochun’s  rapping skills are impeccable, outclassing Yunho in most cases. He manages to find the proper cadence and rhythm to his flow that, at times, evaded leader-ssi’s grasp.

Then, of course, there’s his piano playing. As technically flawless as Junsu is, he’s a trained pianist. As such, I give a great deal of love and respect to those who’ve managed to master the ebony and ivory without ceding to the structure of training. Yoochun plays the piano in the same way a lover shows his affection — gently and with extreme care.

My father learned how to play piano by ear and can pick out a melody as if he’d written it himself. Although I’m not one of those chicks looking for her father in every prospective lifelong partner, there’s something about a man who can play like him that tattoos his name in my heart forever.

Yoochun’s natural sensibilities bleed over into his compositions. He’s one hell of a composer with an ear for the beautiful that’s just absurd. He can make the piano cry like a mourning mother or make it coo like a dove. With Jaejoong, he’s composed some of the most beautiful songs in Kpop. Heralded as the most gifted songwriter in the group by the members themselves, Yoochun’s ability to put lyric and music together is commendable, if not enviable [1].