The Journey of a Cassie Part Two – The List Pt. 4

Now, you know I’ve got to get superficial here. I’ma be real. I’d give up my uterus for this man’s cause and wouldn’t think twice.

I’m a sucker for pretty eyes and delicious mouths. Let me tell ya, Yoochunnie’s got lips like the American Dream. They just beg for attention and when he takes a contemplative moment to punish that bottom lip…

Let me stop before I get into trouble.

Yoochun’s got incredibly gorgeous eyes; I can’t deny it even if I wanted to. He holds you in his gaze until you can’t stand anymore — now, I’m starting to get dramatic; forgive me.

What does it for me, however, is his swagger. I know this is about to sound particularly “American” of me, but there’s some things that other countries just don’t do quite as well as the States. The term “swagger”connotes confidence. It’s about the way you carry yourself and the way people perceive you. Yoochun’s got this natural swag in his step, no doubt compliments of the years between middle and high school that he spent in America [1]. 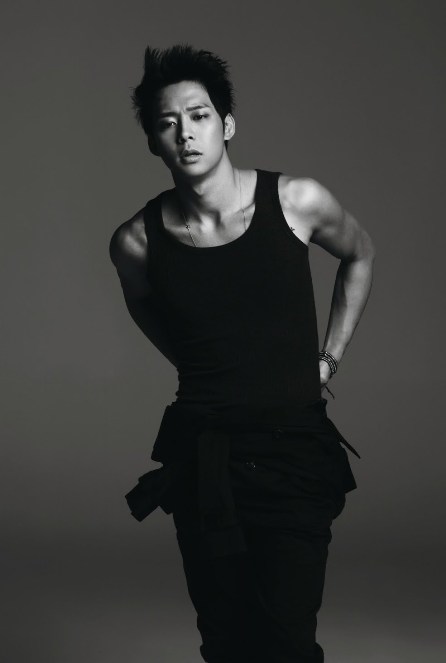 Though Yoochun was never the best dancer in the group, he certainly had a way with movement that was incredible to watch. The way he sits in the choreography is indicative of someone who’s untrained, yet confident in his movement. He knows how to feel the music and allows his limbs to do what they want.

Then, of course, that damn speaking voice! Yoochun’s voice is naturally deep, but the first time he threw his English at me, I had an unspeakable complex in my soul. It’s like velvet: rough when it first touches you, but as smooth as Egyptian silk when it settles on the skin [1].

This jumbled set of characteristics is what placed Yoochun-ah ahead of Junsu. However, even his hold over me came just short of what I needed to put him ahead of his best friend and “soul mate”, Jaejoong. Again, there’s nothing really negative to say about him. In reality, I think my logic is sound, but we shall see what everyone thinks when the time comes.