Okay, ladies and gents. We’re now getting to the business end of my list. If you missed out on the last two contestants, such as they were: Shim Changmin came in at #5 [1], while Jung Yunho came in at #4 [1].

Let me tell you, my mind was all a tizzy attempting to round this list out in the most rational way. I knew it was going to come to this from the moment I conceived of this list; however, because I’m a glutton for punishment, I decided to give it a try.

There’s really nothing left to say. So, let’s just get on with it. 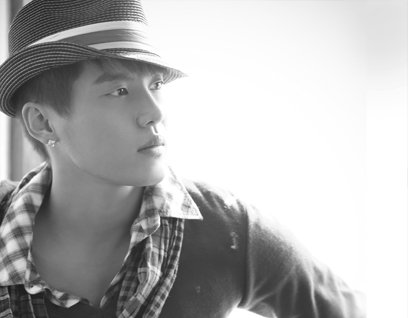 For many, this may actually be a bit of a surprise. After all, Junsu-ah has the voice, the look, and hypnotic hips that could give Shakira a run for her money. However, the logic behind this is actually pretty simple — though, in attempting to keep my brain from melting from the sheer strain of molding my top three, the rationale was quite complex.

First, we’ll start with the obvious brilliant points — “good” would be nothing short of an insult. The most obvious is his voice. Now, breaking this down takes years of music study and participation, so bear with me because this could get a little out of control. The fact of the matter is Junsu’s voice is irrational. It completely defies logic how a supposed “idol” could have a technique that rivals that of trained theatre vocalists.

I’d put his range, at its lowest, in the lower tenor while his highest has become legendary. After the moniker “Angel Xiah” — which we’ll get to later — wears thin, Junsu-ah will still be renowned for that inconceivable high note that won him the nickname “Dolphin.” I believe the highest note I’ve heard him reach was somewhere near a high F sharp over middle C — for those who don’t know, that’s a note that would rival the highest on a concert violin.

Beyond the obvious tomfoolery that is his vocal range, Junsu’s actual technique is ridiculous. He manages to swing seamlessly from pop to theatre to R&B in a way that would make any pop starlet jealous. Couple that with raw passion and you’ve got yourself a masterpiece on your hands. Plus, the man’s got a teardrop in his voice that damn-near breaks your heart.