Here are some screenshots and wallpapers from the latest Guardians of the Galaxy Vol. 2‘s first look/teaser trailer, courtesy of some dedicated geek at ComicBookMovie! 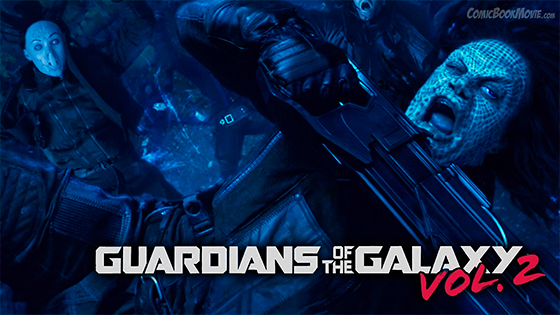 Collider interviewed Kevin Feige about the MCU, what else? And he said, among other things, that they already have a rough idea of the movies they’ll be releasing in 2020, and Fox and Marvel ain’t gonna team-up, at least for now. So no, no X-Men Vs. Avengers yet! Also, considering the current status quo in comicbook, he has confirmed that a Captain America movie doesn’t have to star Steve Rogers:

I’m not saying we’ll do it in the movie but I’ve read Captain America comics that don’t have Steve Rogers in them.

A new Rogue One: A Star Wars Story IMAX standee was shown depicting K-2SO, Chirrut Îmwe, Jyn Erso, Captain Cassian Andor, Baze Malbus, and Bodhi Rook, with the Death Star schematics and plenty of Aurebesh – the written alphabet of the Star Wars universe – all over their faces. Nerds have already been checking for hidden messages! The vast majority of it is either gibberish or some kind of code, but some of it is shows phrases of Imperial propaganda and classic Star Wars lines. Check out more here. 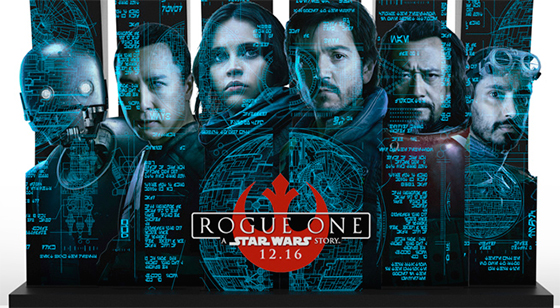 It seems Fantastic Beasts and Where to Find Them is on track to open to a nice $75 million when it premieres in US theaters November 18th! But it’s that enough to launch a five film series? I mean the numbers ain’t bad, but it’s paltry compared to the $169.2 million Harry Potter and the Deathly Hallows: Part 2 debuted with. Anyway, here’s the new IMAX poster: 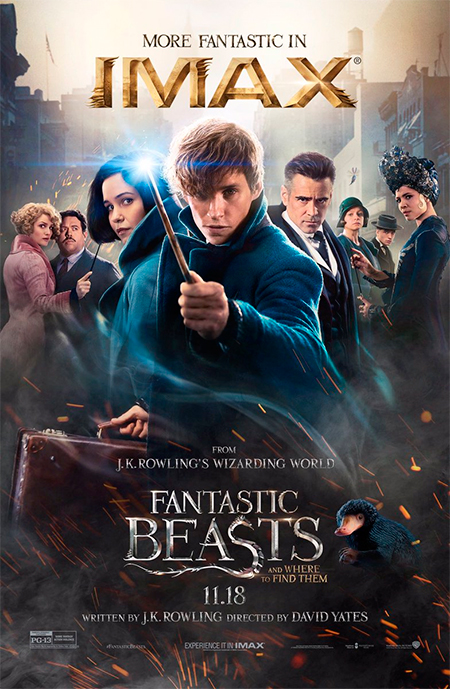 But even if Fantastic Beasts doesn’t work out, J.K. Rowling will still be attached to some projects. HBO has picked up a limited series based on J.K. Rowling’s Cormoran Strike crime novels. Yep, Rowling is back to HBO, which also aired the miniseries adaptation of No Vacancy in 2015. This new collaboration is also produced by BBC One, and will be broken up into three separate event series, starting with the three-hour installment The Cuckoo’s Calling, followed by The Silkworm and Career of Evil, each of which will run two hours.