After listening first Dwayne Johnson’s pipes in the frankly adorable song “You’re Welcome”, here’s Moana’s song: “How Far I’ll Go”, the end credit version sung by Alessia Cara. I like it. It’s a classic “I want” song. But I think I will like Moana singing it herself much better if this doll is to be believed!

In comicbook crossover news, the crew of Star Trek: The Next Generation will confront the xenomorphs from the Alien franchise! Yep,Dark Horse Comics and IDW will be teaming up to make this miniseries happen. And boy, the Enterprise crew is fucked. Captain Piccard won’t be able to reason with these bad boys (and their queen). But I am sure they will end up victorious, even if many unfortunate red shirts will meet their maker! Star Trek: The Next Generation vs. Aliens will be out in April 2017, and it will have the same creative team of the Star Trek: TNG/Doctor Who crossover: writers David and Scott Tipton, and artist J.K. Woodward. So yay!

Collider also spoke with Doug Liman about Edge of Tomorrow 2, where the director said the film is “a sequel that’s a prequel”, whatever that means:

Sherlock Holmes 3 (yes, the one with RDJ and Jude Law) is finally movie forward! Team Downey have put together a writers’ room with interesting names, including Nicole Perlman (Captain Marvel; Guardians of the Galaxy), and Gary Whitta (Rogue One: A Star Wars Story)! The third installment was something Team Downey wanted to happen as much as the fangirls, but RDJ has been bussy being Tony Stark. Of course, this writers’ room is but the first step, and RDJ will probably will be free in late 2017 or early 2018 after fulfills his commitments on Marvel Studios.

Scott Derrickson talked about Doctor Strange‘s mid-credits scene (and I need to remember that’s how those are called), and who directed it… it was Taika Waititi, because the mid-credits scene was about Thor: Ragnarok. There, I said it! Don’t need to act all coy, Derrickson! Also, I use this chance to pimp with review again!

Taika [Waititi] wrote that scene and came in and shot it. We had no specific intention at that point to use it as the tag, but after we finished our movie we felt that it was kind of perfect. It plays really well, the audience likes the uplift of Strange being introduced to the wider MCU. Until then he’s not really a part of it, he’s just a story happening on his own – but after that tag, it’s all changed.

We finish as we started, with the Deadpool 2 director crisis! OK, that was a tad dramatic, considering that according to sources Fox is not that far from finding a replacement. Could it be John Wick‘s director David Leitch? Well, while he’s at the top of Fox’s list and has already met with Ryan Reynolds, Leitch ain’t the only one. Said list also includes Drew Goddard (The Cabin in the Woods) and Magnus Martens (Marvel/Netflix’s Luke Cage). Not bad choices, Fox, not bad choices at all!

And that’s it for the week. Before I go, I want to wish Happy Birthday to Jeff Goldblum, Sam Raimi, Ang Lee, BD Wong, Joaquin Phoenix and Gwendoline Christie. 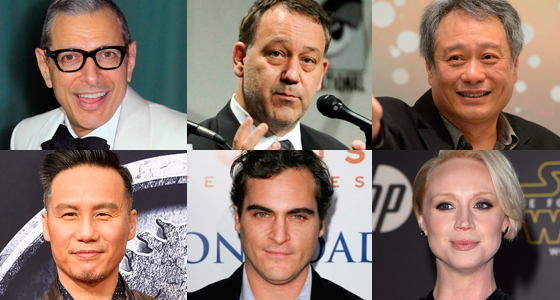