Greetings, fellow fangirls and fanboys! While we have many cool news about movies, TV series, and comicbooks/manga, I want to use this opportunity to share more news about Mad Max: Fury Road, which has become for now, my favourite movie of the year. Without further ado, here’s how the week started.

Let’s start with the two things I like about Mad Max: Fury Road the best! First, the old lady gang, the Vuvalini! The actresses did their own stunts and were happy to join the film because, really, when this sort of job comes to actresses their age? Here’s what Melissa Jaffer, 78, who played Keeper of Seeds, have to say:

I got feeling from a lot of the crew members that they didn’t think it was right women of my age to be doing that sort of thing. You know, sometimes they’d come up and say, oh, he shouldn’t ask you to do that. And I would say why? And they’d say, well, because you’re an older woman. I did it, and I have to say, I enjoyed every minute of it.

And then, there’s the Doof Warrior, the blind dude with the bright red long johns, who played the guitar. Which was a functional guitar who actually threw fire. Production designer Colin Gibson talked about him, his guitar, and even about his backstory:

His reason for existing was that he could play the guitar — and there was sort of a theory of what the social hierarchy and everything was: you were either available to do battle, as a war boy; or you had a higher status than anyone else; or you had a particular skill. […] Though he was born blind, and ordinarily that would of meant you had nothing, and [they would] break his legs and leave him on the hill, Spartan style. But he had this talent to play the guitar — so he certainly had earned his place in the pantheon.

I’ve read some Marvel and DC scripts and I’ve talked about working with them on some scripts, none of which I’ll share with with you what they are — or were. Yeah, I’ve circled some of those. Nothing has been right for me yet. But I’m sure open to it.

David Lynch is back on Twin Peaks after all. He said so on his Twitter account! And yep, it will be on Showtime! Seems all they issues they had were solved. Kyle MacLachlan, who played the Special Agent Dale Cooper, welcomed back again the show on his Twitter account too. Showtime president David Nevins also confirmed the news:

Totally worth the extra brewing time and the cup is even bigger than we expected. David will direct the whole thing which will total more than the originally announced nine hours. Preproduction starts now!!

Box Office news: Avengers: Age of Ultron premiered in China and had a great opening week! The movie has now passed $1.1 billion worldwide! I will eventually forgive you about Transformers: Age of Extinction, China.

We can be 99% sure that Arrow will finally become Green Arrow quite soon! Or at least the character. Not sure if they will rebrand the show. Not only we have Stephen Amell’s coy words about it (“Arrow is done. No more Arrow suit. I’ve worn it for the last time.”), there’s also newspaper props from The Flash, and the Amell’s credit on the show on IMDB that has recently changed to Oliver Queen / Green Arrow, for Arrow Season 4 Episode 1; when it just said Oliver Queen / Arrow before. So yay! Will he get a signature beard too?

Here’s a taste of the beautiful concept art for Mad Max: Fury Road, from the book The Art of Mad Max: Fury Road. As you may know, there was no “screenplay” for the movie, just storyboards, and lots of concept art, some of them even from the late 1990s and early 2000s. Yep, that’s how long George Miller had been trying to make this great film happen. 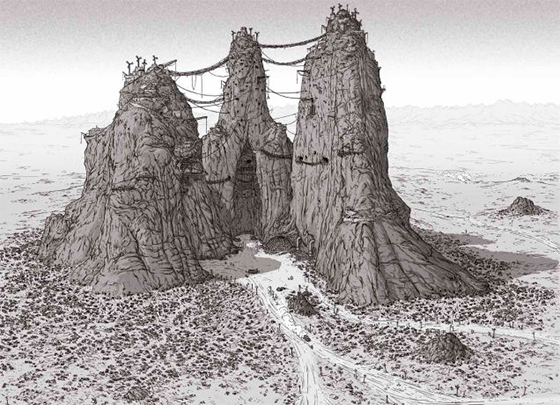 Also, here’s the sequel name: Mad Max: The Wasteland, which is part of a trilogy that George Miller planned while trying to make Mad Max: Fury Road happen.

We’ve got one screenplay and a novella. It happened because with the delays [on Fury Road], and writing all the backstories, they just expanded.

Here’s Superman not being very nice and choking Batman. Or maybe they are into kinky stuff. Anyway, Batman retaliates with a punch so it’s fine. Yep, that’s new Batman V Superman: Dawn of Justice promo art. 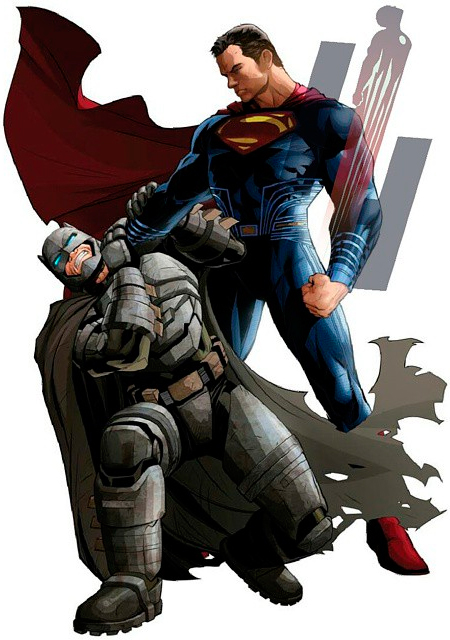 And finally here are the first images of Warcraft! They are images of Orgrim, “Durotan’s right hand and a brave warrior destined to wield the Doomhammer: a weapon of orc legend”. As you can see he belongs with the Orc horde. He also kinda looks like Robert Kazinsky, who’s the actor who voices and motion-captions him. Good job, Industrial Light and Magic! 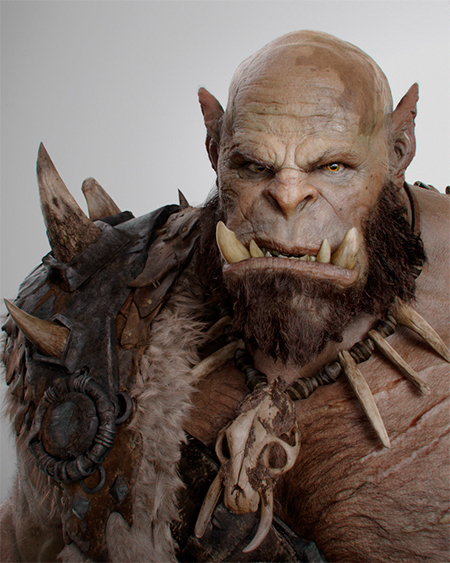