LEGO Dimensions has a new trailer and it’s both awesome and adorable! It focuses on Back to the Future and we get to watch Christopher Lloyd reprising his role as Doc Brown!

We are getting another zombie TV show! George A. Romero’s 15-issue, limited comic book series, Empire of the Dead, will get an adaptation for TV. Romero himself will team with Peter Grunwald to executive producer and write the series. The story takes a similar approach to other Romero’s stories… except now we have vampires added to the mix. Well, that’s different! I will watch it (and read the comic too!)

The World War Z sequel has a release date: June 9, 2017. Not much is known about the plot, specially since it’s already so different from the book, but Brat Pitt’s character is back for the sequel. Pitt is also returning as producer.

Despite losing Luke Evans (and part of my interest), The Crow reboot is moving along with Jack Huston as the title character. And now there’s a piece of news that might renew my interest: the villain is now a woman! Andrea Riseborough is in talks to play the villain, Top Dollar, who in the graphic novel and in the original film was a guy. The baddest of guys, in fact! OK, I can get behind this.

Seems Jurassic World will make a lot of cash, or so the guys to predict these things claim. Not that it would surprise me. The film is poised to open to more than $100 million in US and Canada. It is expected to have the third biggest box office opening of the year, behind Avengers: Age of Ultron and Furious 7. Maybe even higher, if the interest peaks even more. I will definitely be there in the opening week! I’ve watch all the movies in the franchise at the cinema, no matter their quality. I’m looking at you, Jurassic Park III!

Here’s the first look at Goku from the Dragon Ball Super manga, which will begin in June 20th: 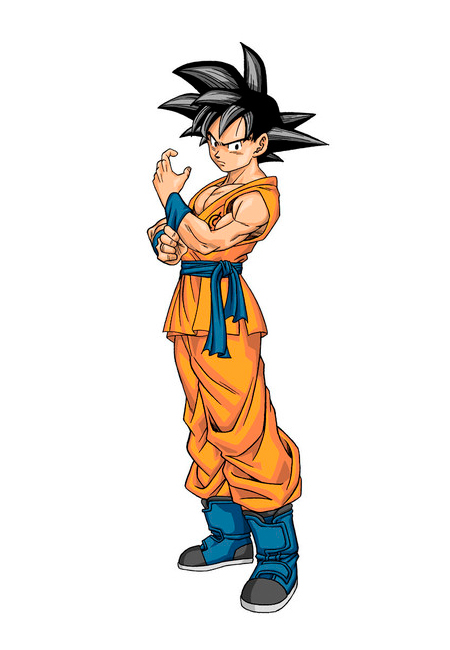 The art is drawn by manga artist Toyotarō, and Goku looks familiar but there are some changes. He has different boots, there’s a new emblem on his gi, and Goku looks slimmer. And yes, Akira Toriyama is the one who created this new story.

In comicbook news, the entire Marvel Universe will be “All-New, All-Different” after the Secret Wars event. And there will be a  8 month time-jump. Interesting~

In the same way that events jumped forward in time eight months in Avengers and New Avengers during the lead-up to Secret Wars, so too when we enter the new Marvel Universe eight months will have passed for all of the characters as well. This provides our creators, even apart from Secret Wars, to drop into exciting new situations and status quos on the fly. So look for surprises and mysteries and changes galore as series resume in the new MU.

So yep, Supergirl‘s pilot leaked online, months before its November premiere. So, it happened just like with The Flash and Constantine. Yeah, that’s totally on purpose, to see the audience’s reaction. Specially since there was a bit of backlash about the tone of the series from the preview. As of about 9:30 a.m. ET of the same day, the pilot had been downloaded more than 120,000 times. I hope that means it is cool!

Michael B. Jordan wrote an letter for Entertainment Weekly were he addressed the way some fans weren’t happy that Johnny Storm wasn’t blond and blue-eyed in the new Fantastic Four movie.

People are always going to see each other in terms of race, but maybe in the future we won’t talk about it as much. Maybe, if I set an example, Hollywood will start considering more people of color in other prominent roles, and maybe we can reach the people who are stuck in the mindset that “it has to be true to the comic book.” Or maybe we have to reach past them.

I’ve been reading the script a lot and trying to come at for me, a interesting angle. Definitely focusing on the fact he is the embodiment of the second coming of the judgments of god and that energy going in. We’re playing with that. What we are trying to do is make his philosophy and what his mission is, one that is both simple but also holds water, that really makes sense throughout the whole movie.

At the beginning of this column we talked about the Doof Warrior in Mad Max: Fury Road. Here’s an interview with the Doof Warrior himself, Sean Hape, or iOTA, as the actor/musician is known in Australia. Seems being part of the film is a cool yet tough experience, would love to be part of other films, and also the guitar as musical instrument wasn’t very good~

The guitar wasn’t… it wasn’t a great guitar. It spent a lot of time out in the desert, you wouldn’t want to record with it. Most of the time, I’d just try to make noise. I pulled out some AC/DC, some Soundgarden, some Zeppelin, but after eight hours, you do just start thumping on it for a while.

–
And that’s it for the week. Before I go, I want to wish Happy Birthday to Pierce Brosnan, Danny Trejo, Megan Fox, Tina Fey, Yun-Fat Chow, Jack Gleeson, Cher and Maggie Q. 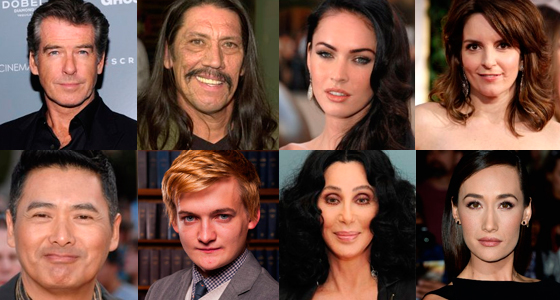