The Fangirly Diary of a Geek Girl: Time for the Jedi to end

Greetings, fellow fangirls and fanboys! This week we had Star Wars Celebration, and with that many related news, including a trailer! But that wasn’t the only high-profile trailer of the week. And we had some interesting casting choices too from comicbook movies. Here’s how the week started:

Carrie Fisher’s daughter Billie Lourd and brother Todd Fisher gave Disney the go-ahead to include her in Star Wars Episode IX, the 2019 sequel. But it wouldn’t be like in Rogue One, Disney has no plans to digitize or CGI her appearance. So what? Well, if they decide to actually have her in the movie, they will use her cut scenes from Star Wars: The Last Jedi.

I don’t follow the Olivier Awards (I’m much of a Tony Awards girl, sorry), but the fact that Harry Potter and the Cursed Child, due on Broadway next year, broke the record for most wins with 9 trophies was something I had to write about. Yep, whatever many say about not-so-great script (even if Scorpius Malfoy remains a gift to the world and the best thing Draco Malfoy has ever made) the play won all but two of its 11 nominations! They swept the design awards for lighting (Neil Austin), sound (Gareth Fry), set (Christine Jones) and costume (Katrina Lindsay). Also got new play (Jack Thorne) and director (John Tiffany). Anthony Boyle and Noma Dumezweni got their awards for supporting performances as Scorpius Malfoy and Hermione Granger respectively. And then Jamie Parker got Best Actor for being Harry Potter himself.

Without any kind of forenotice, Marvel dropped the trailer for Thor: Ragnarok and it was an instant hit! And they also regaled us with a colorful poster to boot! 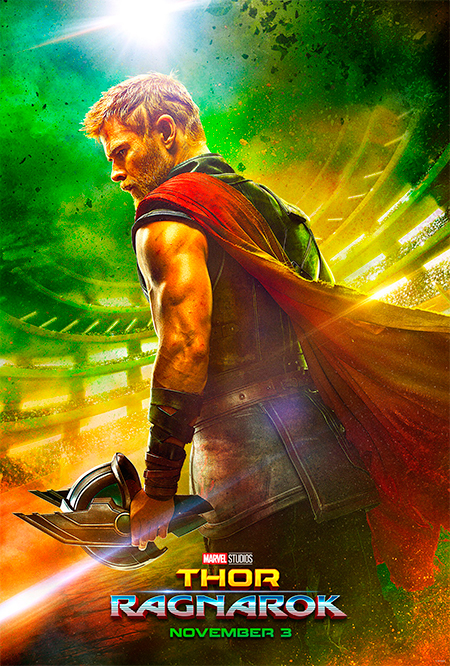 But back to the trailer, here’s a helpful list EW made of new things that have come to our attention. Like the fact that Hella is badass and wears a kick-ass head-dress occasionally, that we will visit the “junkyard planet” Sakaar where the creatures living there are both colorful and would be comfortable living in the Star Wars universe. Also, the fight between Hela vs. the Valkyries looking like it was filmed by Zack Snyder… and that’s a compliment this time! We say good-bye to Thor’s locks and hello to The Hulk! And how does Loki fit into all of this? Well, the trailer certainly piqued our interest!

In more Marvel properties news, here are some new international posters for Guardians of the Galaxy Vol 2. Pairing up characters for these is quite the great idea, in my opinion. Also, some more behind-the-scene pictures! 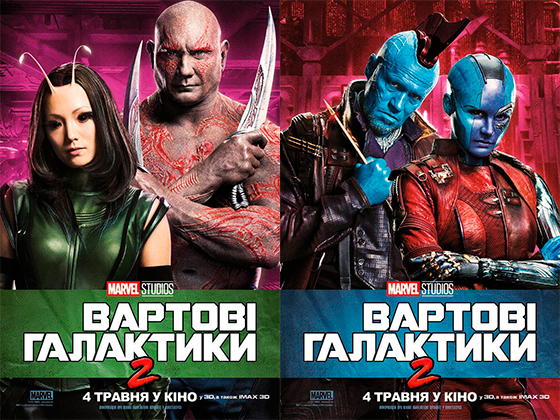 The website Making Star Wars is giving us all the deets about Star Wars: The Last Jedi, like did you know that Supreme Leader Snoke is most likely the sugar daddy of the First Order? Dude sure is loaded and likes to wear nice clothes (“gold silky robe with a very ornate pattern on it”) and all the bling (“jewelry which houses a large black stone, a gem which many assume to be a Kyber Crystal”). It makes me wonder if that swanky space party seen in those set pictures? Is that Snoke throwing a party?

Then again old Snoke ain’t the only one who wears shiny robes in Star Wars: The Last Jedi. Here are some details about Laura Dern’s character… and her fashion choices:

Admiral Holdo wears a long mauve regal gown with a short cape that hangs down in back with a concealed laser pistol. She has metallic braces around her wrists. Her pink hair is curled with a flapper vibe to it but it’s not incredibly short or anything. She’s kind of the antithesis of Leia’s new general look of a brown dress with her old A New Hope blaster pistol. Admiral Holdo looks very much like a design from the prequel era of Star Wars.

I guess that antithesis is what makes our boy Poe Dameron, a General Organa fan, butt heads with this Admiral Holdo. And he will have to do that and lead a fleet without BB-8 by his side for some time, who will accompany Finn for most of the film.

It’s not easy being a Sensate! Here’s the trailer for the long-awaited Sense8 Season 2, which will debut on Netflix on May 5.