The Fangirly Diary of a Geek Girl: Time for the Jedi to end

There this lovely rumor that Rosario Dawson could play Ahsoka Tano in the Star Wars film franchise. Ahsoka is a character that has had a fanbase since she first appeared in The Clone Wars as Anakin Skywalker’s Padawan, and her subsequent appearances in Star Wars Rebels., where she manages to confront him as Darth Vader. There’s no official statement that they even plan to bring her to the film franchise, either in the main storyline or on a “Star Wars story”… I mean, I have no idea if Togruta’s age like humans! So, where this rumor came from? Last February Marvel Netflix star Rosario Dawson liked this fanart of her as Ahsoka on Twitter. Then Star Wars Rebels executive producer Dave Filoni and the official Star Wars twitter account have begun following Dawson, and those never follow anything or anyone that is not Star Wars related. Well, she could be in her own movie, or share time with Ewan McGregor’s Obi-Wan Kenobi… why not!

Check the first trailer for Stephen King’s The Mist TV series. OMG yes! I liked the book, and I loved the movie (Stephen King wishes he thought of that brutal ending!), and now I wonder what would they change to turn it into a series. I hope we follow the lady (or her equivalent) who leaves the store to find her children. The series debuts on June 22 on Spike.

Tyler Hoechlin’s Superman will return on the Supergirl Season 2 finale, according to E! Online. The reason why Supes is back at National City remains unclear, but unless they royally fuck up, that should be a fun episode. Dude sure got great press the first time he appeared in the show, both from critics and fans alike.

OMG! Gorillaz will get a 10 episode TV show! Gorillaz co-creator Jamie Hewlett shared that he’s currently working on it, but didn’t reveal much else. Their new album Humanz will be released on April 28.

Here’s the first look of Star Wars Forces of Destiny, which highlights the franchise’s female heroes, like Rey, Ahsoka Tano, Jyn Erso, Princess Leia, Sabine Wren, and more! It launches in July with a series of animated shorts (2-3 minutes each) on Disney YouTube, then there’s a two-part TV special featuring eight additional shorts on Disney Channel in fall 2017. Daisy Ridley (Rey), Felicity Jones (Jyn Erso), Tiya Sircar (Sabine Wren), Ashley Eckstein (Ahsoka Tano), and Lupita Nyong’o (Maz Kanata, narrating the series) will all reprise their roles for the show… and I am giddy about that! But wait, there’s more! Hasbro will launch a line of Star Wars Forces of Destiny toys, including “Adventure Figures” — a fusion of dolls and action figures — with 11-inch in scale, and multiple points of articulation, as well as dynamic action, like Rey swinging her lightsaber. And then, there will be books, apparel, bedding, and more!

In interesting casting choices, we have Jude Law as Albus Dumbledore in the sequel to Fantastic Beasts and Where to Find them. At this point in the story, he is Hogwart’s Transfiguration professor and a contemporary and ex BFF of Gellert Grindelwald, played by Johnny Depp. And I am still bitter about that. Colin Farrell should have been Grindelwald dammit!

Damn, Josh Brolin sure wants that comicbook film money! Not happy with being Thanos on the MCU, dude will also play Cable in Deadpool 2. And it kinda disappointed me. Of all the interesting choices! Oh well, guess Brolin would also appear in that rumored X-Force spinoff.

A Steven Universe soundtrack album is on the way! Yay, I won’t have to just listen to the YouTube clips! The digital album, titled Steven Universe Soundtrack: Volume 1, is due out June 2. The tracks will be performed by the voice talents of the show, creator Rebecca Sugar and special guests. 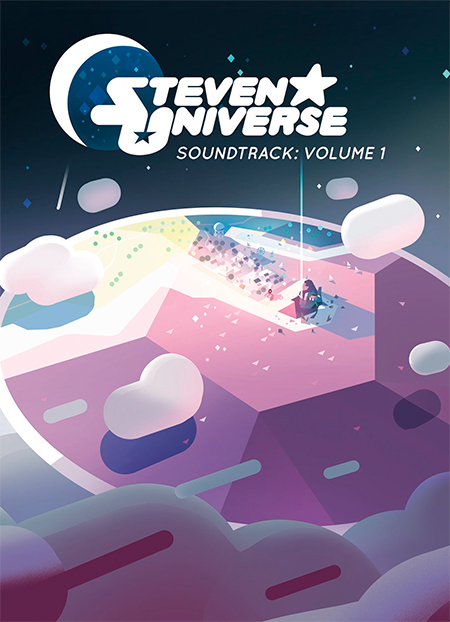