The Fangirly Diary of a Geek Girl: The first new mutants!

Greetings, fellow fangirls and fanboys! We are back on track! This week we had the last of the Guardians of the Galaxy Vol. 2 promo and the start of Spider-Man: Homecoming promo. Also, new TV shows and the first cast member of the new X-Men spin-off film! Here’s how the week started:

OMG Torchwood is back… in audio form. But it’s something! Big Finish is producing the fifth season of Torchwood: Aliens Among Us, which will premiere this August. It’ll be set after Torchwood: Miracle Day, just like the other Torchwood audio plays Big Finish have been produced since 2015. Original cast members John Barrowman (Captain Jack), Eve Myles (Gwen), Kai Owen (Rhys) and Tom Price (Sgt Andy) are joined by new characters co-created and overseen by Russell T Davies. 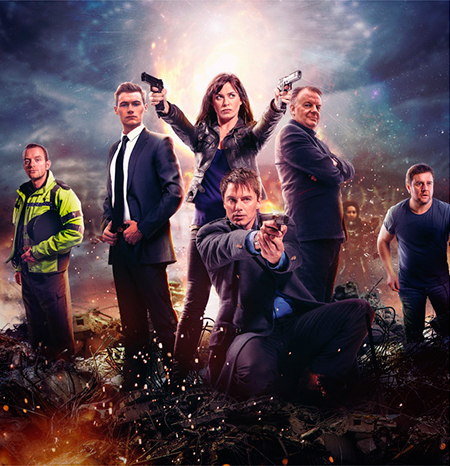 Here is the winner list of the newly rebranded MTV Movie & TV Awards, which went gender neutral for their acting categories. Best Actor in a Movie and Best Actor in a Show went to young ladies, Emma Watson and Millie Bobby Brown respectively. Beauty and the Beast got Movie of the Year and Stranger Things got Show of the Year. Emma gave quite the emotional speech after her win:

But more important than the MTV Movie & TV Awards winners is this first clip from Spider-Man: Homecoming! In here, Peter accidentally reveals his secret identity to his friend Ganke… I mean Ned!

Director Doug Liman revealed the official name of the Edge of Tomorrow sequel, Live Die Repeat And Repeat. Yes, it’s a dumbass name. I don’t care that Live Die Repeat is the title that Warner Bros gave the film when it hit home video. On better news, Liman also confirmed that Tom Cruise and Emily Blunt are both returning and they are excited about it.

Let’s talk Guardians of the Galaxy Vol. 2 and the fate of dear Yondu Udonta. Director James Gunn talked about his character arc and its, well, end. Oh yeah, we also have a character poster for David Hasselhoff, named Zardu because Gamora mispronounces his name as “Zardu Hasslefrau”.

I didn’t want that to be the ending, and I kind of refused to put that in as the ending for a long time. It wasn’t how the movie ended. But, at the end of the day, I knew that’s where it needed to go. I knew that we need to have real stakes in these movies. We need to lose characters. And not everyone who sees Marvel movies loves that. They don’t love losing characters. But for the characters to really make a difference, to really make their lives mean something, you needs to have these kinds of losses. 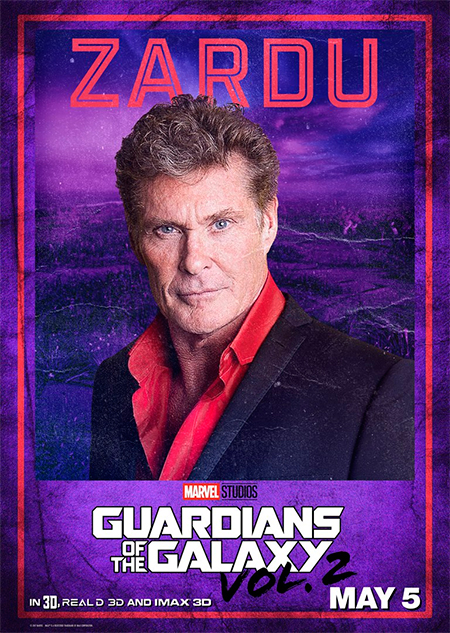 There will be a new Hellboy movie… without Guillermo del Toro or Ron Perlman! So, what is the point, uh?! OK, I kid (or do I?), but I wanted the final movie of this supposed/promised trilogy dammit. The R rated reboot directed by Neil Marshall (The Descent, Game Of Thrones) and possibly staring David Harbour (Stranger Things) as Hellboy.