Thor: Ragnarok is tracking towards a great $90-$100 million opening weekend in North America. If these numbers are accurate, Thor‘s third solo adventure will open ahead of the first film ($65.7 million) and Thor: The Dark World ($85.7 million).

On not so great but totally hilarious Thor: Ragnarok news, Mark Ruffalo inadvertently streamed the first 15 minutes of the film when he forgot to switch off his Instagram stream during the red carpet premiere. His phone was in his pocket, but the ones who stayed for the whole thing heard the audio and know how the start of the movie sounds.

After all the confusion due to Spider-Man: Homecoming taking place eight years after The Avengers, Marvel Studios is finally planning to release an official MCU timeline. Or so Kevin Feige promised us! Someday, somehow~

All of that debate has encouraged us. We are going to be publishing an official, and I’m not sure when, or in what format, an official timeline. It’ll probably be apart of ah, I don’t know, apart of an in print that you can fold out and look at. But suffice to say, only in limited cases do we ever actually say what the actual years are because we never want to be tied down to a particular year and I think people assume that whenever the movie is released is when is when the movie is taking place, and that is not the case.

Damn, it’s actually happening! Fox has finally set a release date for their X-Men spin-off film Gambit directed by Gore Verbinski and starring Channing Tatum. And it is February 14, 2019! Not a bad date nowadays, would even be kinda romantic if I actually liked the idea of Tatum as Gambit.

Justice League Day will be on November 18th. But what’s it about? Well, one day after Justice League is released in theaters, DC Comics is offering retailers a reprint of Geoff Johns and Jim Lee’s 2011 Justice League #1 with a new cover by Ivan Reis and Marcelo Maiolo, featuring the big screen version of the team. Also, 2″ x 2″ temporary tattoos featuring the movie’s logo along with the emblems of Superman, Batman, Wonder Woman, Aquaman, Cyborg, and the Flash. 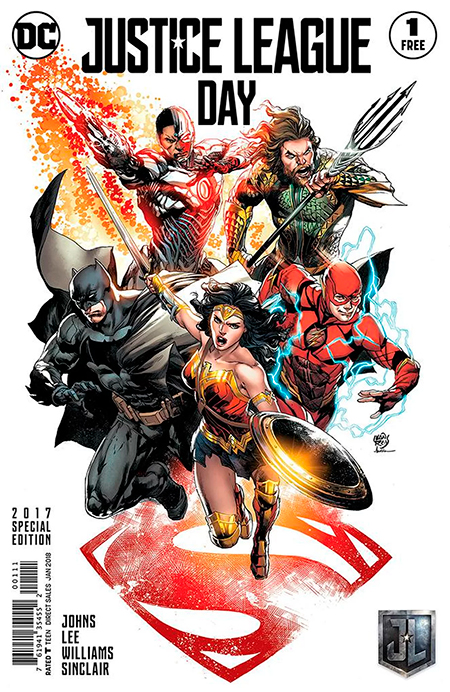 Here’s the new trailer for Stranger Things season 2 and it is kinda spoilery. It certainly gives us a much better idea of what to expect from the plot!

The Addams Family animated movie is happening after all, and already has a director in Sausage Party‘s Conrad Vernon. OK, fine. I hope for creepy/fun animation. But where’s my live action with Oscar Isaac and Jessica Chastain?!

Ending this creepy Friday The 13th, and the column, we finally have some news on the Junji Ito’s anime anthology! Junji Ito “Collection” will air on January 7 next year on Japan’s Tokyo MX, and will feature tales from his Masterpiece Collection as well as entries from his most recent compilation, Fragments of Horror. There’s a teaser poster that depicts six characters from Ito’s works: Fuchi (“Fashion Model”), Tohru Oshikiri (“Oshikiri Idan”), Tomie (Tomie series), Sōichi (“Sōichi” series), Handsome Man at the Crossroads (“Shibito no Koiwazurai”), and Yūko (“Namekuji Shōjo”). But it hasn’t been revealed which stories will be adapted, and the characters in the key art may or may not appear in the anime. 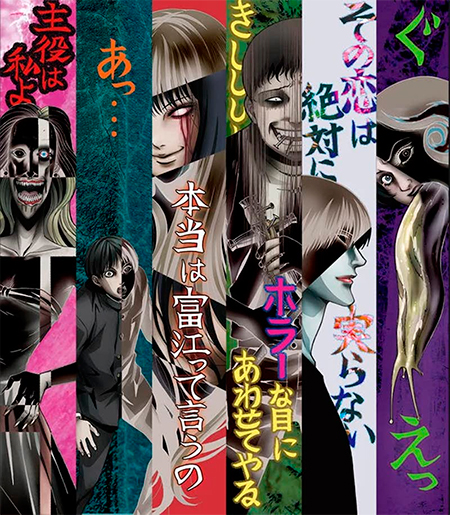 And that’s it for the week. Before I go, I want to wish Happy Birthday to Sigourney Weaver, Guillermo del Toro, Dan Stevens, Charles Dance, Josh Hutcherson and Hugh Jackman. 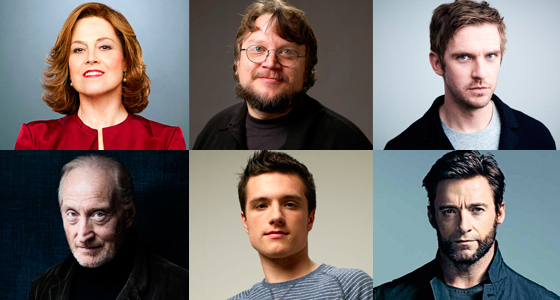