The Fangirly Diary of a Geek Girl: #SherlockLives

Greetings, my fellow geeks! We barely had few moments for the Doctor Who hangover settled, and now BBC gave us Sherlock news! Of course, that’s not the only geeky thing that happened! Yep, Marvel news, The Hobbit news, rumours, and even some comics and manga stuff! Let’s start~ 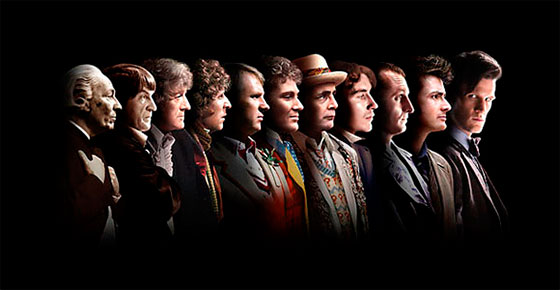 This is the day BBC killed me. Not only did “The Day of the Doctor” happened, but then a new teaser for Sherlock Series 3 was shown! #SherlockLives indeed! This is what Moffat had to say:

It’s been a long time since Sherlock Holmes jumped off that roof – it’s time to reveal the truth about what happened between him and the pavement.

Long time! You don’t say! Also, The Personal Blog of Dr. John H. Watson has been updated! And we have a couple of new production pics. 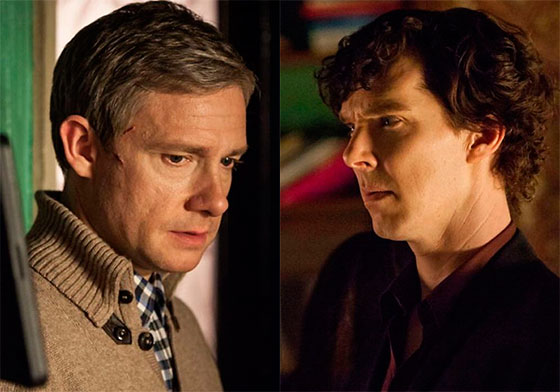 Back to Doctor Who, here’s a nice little interview about the Google doodle game. As Google head creative artist Matt Cruikshank wanted, said game did make my productivity suffer~ Also, we got some Doctor Who trivia and the first teaser of the Christmas special. Things don’t seem to great for the Doctor!

Here’s a small article on The Five(ish) Doctors Reboot, the lovely spoof written and directed by Peter Davison (The Fifth Doctor). It was a cute adventure where Davison, Colin Baker (The Sixth Doctor) and Sylvester McCoy (The Seventh Doctor) try to appear on the 50th Anniversary special. There also lots of many Doctor Who related people, like other former Doctors, family members, crew, and former cast… and some members of that small kiwi movie that Sylvester McCoy is part off~ You can watch it here.

Comicbook movie time! Here are some of the awesome illustrations for the end title credits of Thor: The Dark World: 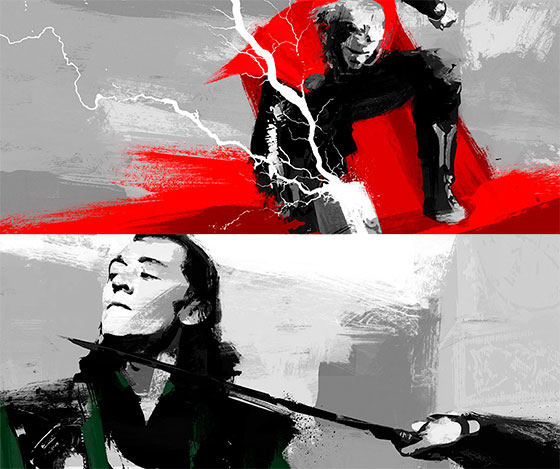 Lee Pace has had a nice couple of years, as far as franchises go. Now that he’s done (unless we get more pickups!) with The Hobbit as Elf King Thranduil, he’s in the middle of being Ronan the Accuser in Guardians of the Galaxy! He got asked to compare the characters~

The characters couldn’t be more different! I remember walking on set [of Guardians of the Galaxy], and I was like ‘Very un-elfy, right guys?’ [Ronan] is a real psychopathic beast. I’m having the best time playing it. I kept looking over at James Gunn when we were shooting, ‘Too much? Should I pull back?’ He’s like ‘No, more, go for it!’

Chris Pratt also talks about his own character in the movie, Star-Lord. He says he didn’t know much about him, he just accepted the part because it was a Marvel movie. He did like his character after he read the script though!

There were so many things about the character that I love, and one thing is that he’s very much a kid at heart. He’s like a man-child. And I like the idea that he’s got a false sense of bravado. Deep down inside he’s lonely and desperate. But on the outside he walks around like he’s big and tough, and I don’t think he does a great job of convincing everybody that he’s not just a scared little child.

On the DC side of things, apparently Arrow (and The Flash too I guess) will be separate from DC’s cinematic universe. At least that’s what Arrow‘s executive producer Greg Berlanti implied:

We haven’t had any of those conversations other than to say, what characters are we allowed to use this year and advocate or request certain ones that are of interest to us. And every now and then, they’ll say, ‘You can’t have that guy.’ They don’t say why, and we figure out why later on.

Damn, if Stan Lee is the cool loveable granpa of geeks, Alan Moore is that weird uncle that hates you. Here’s what he things about superhero comicbook~

These days, superhero comics think the audience is certainly not nine to 13, it’s nothing to do with them. It’s an audience largely of 30-, 40-, 50-, 60-year old men, usually men. Someone came up with the term graphic novel. These readers latched on to it; they were simply interested in a way that could validate their continued love of Green Lantern or Spider-Man without appearing in some way emotionally subnormal. This is a significant rump of the superhero-addicted, mainstream-addicted audience. I don’t think the superhero stands for anything good. I think it’s a rather alarming sign if we’ve got audiences of adults going to see the Avengers movie and delighting in concepts and characters meant to entertain the 12-year-old boys of the 1950s.

Damn, The Hunger Games: Catching Fire was a serious success! They got a $307.7 million global opening! This is a nice score for supporters of both female-lead movies and YA adaptations~