Greetings, my fellow geeks! This is the week before “The Day of the Doctor” premieres and as such there’s an avalanche of last minute Doctor Who news! Of course it’s not the only kind of geeky news we had, but it is the most notorious! Anyway, here’s how the week started:

Let’s start with the news that made everyone smile stupidly for a good reason. Yep, whoever your favourite live action Batman is, all of them agree that Batkid is made of awesome. Well, nobody asked George Clooney, but I’m sure he agrees… unless he’s a douchebag. Yep, Adam West, Michael Keaton, Val Kilmer, Christian Bale and Ben Affleck all commented on this kid’s stint as The Dark Knight, and all the people who made it possible. 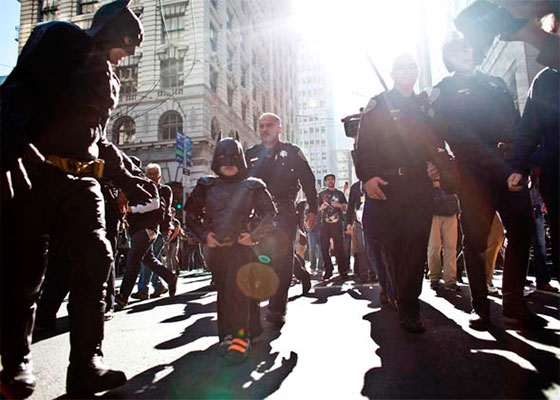 On less happier news, Levar Burton talks about the possible remake of Roots and calls Tarantino on his bullshit when he said Django Unchained is more real than Roots. As if!

Django Unchained is a fantasy, let’s be clear. And when Quentin Tarantino says that Django is more real than Roots, I call bullshit. […] Too many people who look like me bled and died for you to have the opportunity to satirize the slave narrative.  There’s a place for satire in culture. Taken at face value, as a piece of satire, I went and enjoyed it. It was fun. Let’s just not get it twisted. Django was not real.

Colin Farrell seems quite enthusiastic about the Warcraft script he read. That’s really, really cool! He doesn’t know more about if he’ll actually be there, but I hope he is. I have missed him.

So, more comicbook adaptations to the small screen! This time we get Preacher at AMC! That means Arseface! Yep, rumor has it that the network has ordered a pilot! That’s actually kind cool since a movie wouldn’t do it justice for all the weird blasphemous stuff that happens. For those who don’t know, the story is about a small town preacher who finds himself the vessel for Genesis, the child of a mating between an angel and a demon. His mission? Find God (literally), whoa abandoned creation when Genesis was born. Shenanigans happen~

Andrew Scott talks about how Sherlock changed his whole career… and tacitly aproves of fanfic and fanart, unless it is creepy.

I get a lot of fan mail. Of course, some of it is a bit creepy, but mostly it’s very moving and creative. People send me drawings and their own versions of Sherlock stories. It’s a source of escapism for people and that’s great.

David Tennant and Matt Smith got interviewed about, what else, Doctor Who and its imminent 50th anniversary episode. Tennant compared The Doctor with other known characters that had been portrayed by various actors:

The Doctor isn’t the same each time, so you’re expected to kind of do it a bit different to the guy who did it last. It’s not quite like Hamlet, or Tarzan, or James Bond […] those characters are the characters, whereas the Doctor is a bit of a blank sheet each time.

Of course, we also got a bunch of new pics from “The Day of the Doctor”! 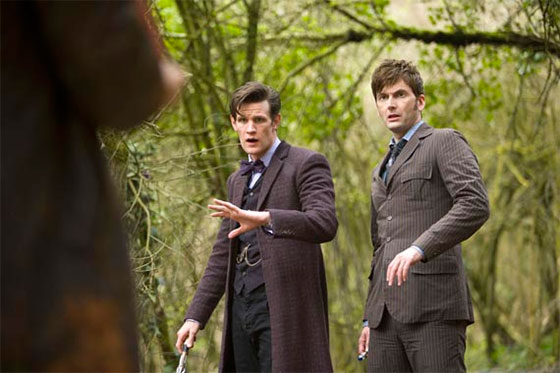 I told you last time that there will be lots of Peter Pan movies in our future. Let’s talk again about Warner’s Pan: apparently the movie has found its villain! Yup, Javier Bardem has ben offered the role of the pirate Blackbeard! I wonder what bad hair they would give him this time?

On box office news, Gravity keeps slaying and managed to cross the $500 million mark this weekend and China will open next!

And finally, we got new pictures of Only Lovers Left Alive from two different sources! So yep, both China and Russia have promo of this movie, and I don’t even know if it will premiere on my country. And I doubt it will happen before it premieres in the US. Dammit, Sony Pictures! Oh well, I’ll just feast my eyes on both Tom Hiddleston and Tilda Swinton~ 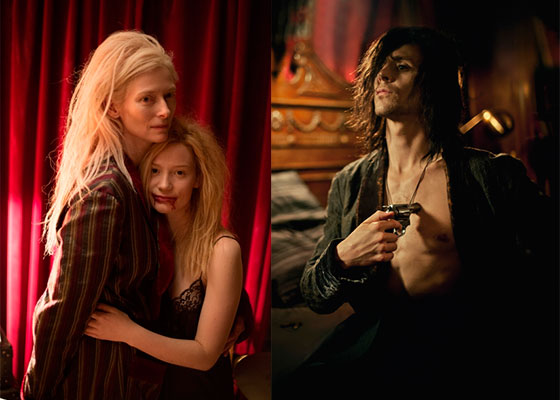