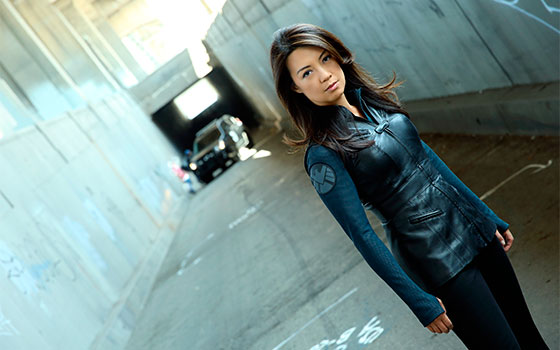 In related news, Agents of S.H.I.E.L.D. might also get a connection with Captain America: The Winter Soldier. I expect it will be stronger than latest episode connection to Thor: The Dark World though, which was quite weak even if the episode was cool. Also, “there’s a strong chance” we might get a cameo by none other than Stan Lee!

There’s a scene in Gravity where poor Ryan Stone manages to make contact with Earth and ends up talking to a man who speaks a foreign language, and they have a curious “conversation”. Well, Alfonso Cuarón’s son, Jonás Cuarón, made a short film called Aningaaq, about the other side of said conversation. Yup, this one is from the titular character’s POV, a Inuit fisherman stationed on a remote fjord in Greenland. Warner has submitted it for Oscar consideration and I hope it gets the nom.

Sounds like Winona Ryder will also be there for Beetlejuice 2! She can’t say much because she’s ” sworn to secrecy”, but she does say it’s definitely not a remake:

It’s not a remake. It’s 27 years later. And I have to say, I love Lydia so much. She was such a huge part of me. I would be really interested in what she is doing 27 years later.

Neil Gaiman has been talking about Sandman lately, not only it was its 25th anniversary, but the Sandman: Overture miniseries has launched recently. And he also talked about adapting Sandman to the screen, because he has a lot of feels about that issue. In the end of course, whether it’s the small screen or the big one, he just wants this hypothetical adaptation to be good…. And that Dream has killer cheekbones!

[A TV adaptation] would be cool too. I would absolutely watch the HBO “Sandman.” On the other hand, I would happily watch Tom Hiddleston or Benedict Cumberbatch as the Dream Lord in the movie. Or somebody else, who’s yet to graduate — as long as they’ve got good cheekbones! 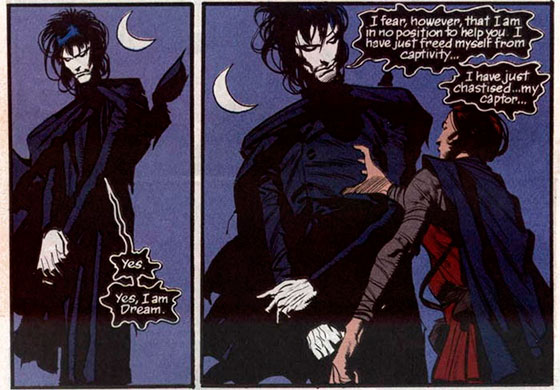 Dream does look like a mix between Hiddles and The Batch~

Talking about men with epic cheekbones, rumor has it that Matt Smith has been circling Star Wars Episode VII. Well, if that and the rumor of Benedict Cumberbatch being there are confirmed, Star Wars will indeed have cheekbones as epic as when Peter Cushing was Grand Moff Tarkin~

On the subject of unconfirmed news and Doctor Who, Tom Baker (4th Doctor) has said he will be on “The Day of the Doctor”. Could this be true, or more misdirection? I don’t know who can I trust nowadays, LOL!

I am in the special. I’m not supposed to tell you that, but I tell you that very willingly and specifically; the BBC told me not to tell anybody but I’m telling you straightaway.

Meanwhile, here’s another Doctor Who miniepisode, called “The Last Day”.

James Mangold said that the costume scene in The Wolverine, that we can see on the Blu-Ray, was all about fanservice. Kinda sweet indeed~

I kept hearing and seeing from fans who were just begging to see this wardrobe, and I kept thinking as we were shooting, “How can I do this? How could I ever service this desire for people to see it?” And there was a point where I just asked the prop department to make me a gift box. So when I did that scene on the plane with Yukio, with Rila [Fukushima] and Hugh [Jackman], I had no costume. The studio hadn’t approved of making one or doing anything, but I thought, “Let’s just shoot a couple takes where he opens the box and reacts to it, and I can figure out what to put inside the box later.” There was just a point later in the cutting room where I put it together, and I thought, “It’s kinda sweet.”

On “what could have been” news, Idris Elba said that once upon a time Marvel talked to him about Luke Cage. Aw, man!

For Halloween, I wore Superman. And I was like, “I don’t mind this cape being behind me” […] But, no, other than that, I don’t really have any superhero that I like. There was talk about Luke Cage at one time — I thought Luke Cage was a pretty interesting character. They were going to do it, but I don’t know what happened…

Here’s a nice article from The Guardian about why Tom Hiddleston’s “circus bear” (his words, not mine) antics on the Thor: The Dark World promo tour were genius marketing. Also, the writer seems to have a mancrush on him. I mean “a voice like volcanic sand slaked in honey”?