The Fangirly Diary of a Geek Girl: No longer Strange!

After all the months dancing around the issue, Joaquin Phoenix will no longer be in Doctor Strange. And you know what? I am glad. I think the dude is a good actor, great even. But I don’t see him in a multi-movie contract where he would have to talk to the press in promo tours. He would be miserable and boring. And nowadays, being charming is part of the MCU. So, we are back to rumored Benny Batch, Tom Hardy and Jared Leto. I still kinda want Oded Fehr. I know my dream man for the role Viggo Mortensen won’t happen. He doesn’t do franchises anymore and he’s a tad too old now.

Aquaman is finally in the rebooted DC animated universe (which is basically New 52s in awesome cartoon form)! He was supposed to be in Justice League War if things were closer to comicbook canon, but Shazam took his place, and now he will be in Justice League: Throne of Atlantis! Here’s the trailer:

On more geeky cartoon news, Star Wars Rebels will get a second season! Not bad considering it hasn’t even aired yet! According to Disney Channels Worldwide President and Chief Creative Officer Gary Marsh:

The global expectations for this series could not have been any higher. And I am proud to say that the team at Lucasfilm has delivered something that has surpassed even that incredibly high bar – artistically and thematically.

Apparently, Paramount is trying to make a big-screen adaptation of Baywatch. Yep, you read that right, Baywatch. Not only that, but they have loosely attached Dwayne Johnson to the project. Well, I don’t mind watching The Rock running through the beach in slow motion. I am still not sure about it. We’ll see.

Daredevil‘s cast (that is Charlie Cox a.k.a. Matt Murdock, Deborah Ann Woll a.k.a. Karen Page, Elden Henson a.k.a. Foggy Nelson, and Vincent D’Onofrio a.k.a. Wilson Fisk) will sign concept art by Joe Quesada at NYCC! And even more important, the title card has been revealed!

Not only there’s the possibility of a sweet box art, but Avengers: Age of Ultron‘s exclusive first look will be in the Guardians of the Galaxy Blu-ray, DVD and Digital HD release!

Miles Teller is not the only one from Fantastic Four who has been talking lately, Michael B. Jordan wants to share too. So he does, talking about his geeky interests (comic books; Japanese animation, cartoons), how his Human Torch suit was (“a lot tighter than I expected”), and of course Johnny Storm’s race change and how greatful he is that the studio supported it:

It’s something that we kind of willed to happen, which was really important to me and Josh [Trank]. We’re lucky we had a studio behind us that really supported our ambition and our want for change. Now we have something really epic.

In another interview, he talks about the responsability to play this different take on the character and how it reflects the changing times:

It’s a reflection of the times we live in right now. It reflects the world that everyone lives in right now. When it did dawn on me, I was very proud to be that guy. I knew it was a huge responsibility and weight on my shoulders, but at the same time I looked forward to tackling that challenge and doing great work. I’m going to keep doing what I’ve been doing my whole career: putting the hard work in, doing my homework, and showing up and giving 100 percent.

OMG! Hugh Laurie and Tom Hiddleston will be in a espionage drama! For TV! OK, I like espionage dramas, but these men should be in a comedy together! They have excellent timing and I they have done so few of it lately! Oh well, I’m sure these two great men will be great together in the TV adaptation of John le Carre’s The Night Manager. 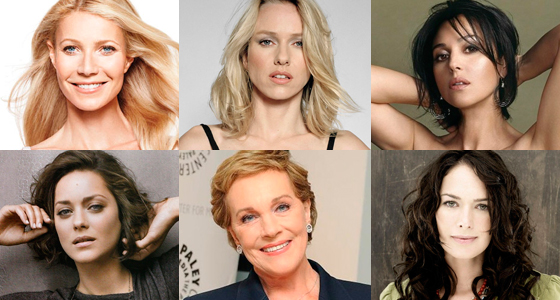