Thorsday started to the saddest news in a while. Sir Christopher Lee, whom I previously hoped to be immortal, passed away. In fact, Sir Christopher passed away on Sunday, but his wife prefered to keep quite about it so she could tell the family first. A very thoughtful idea. Throughout the whole day my news feeds were inundated with fellow geeks as sad as me, and of course all the new outlets talking about it. And specially his frankly fantastic life. From his Nazi hunting days as a young man to his forage into heavy metal as an elderly gentleman. Dude even met J.R.R. Tolkien! Naturally, those who knew him made many sorts of tributes, and among all the beautiful words about his memory, Peter Jackson‘s and Sir Ian Mckellen‘s stood out the most for me. That said, here’s a video of Sir Christopher Lee reciting The Ring Poem, even reciting the words written on the One Ring in Black Speech:

On happier news, J.K. Rowling wrote her third Cormoran Strike novel, Career of Evil, and its release date will be 20th October in the US, and 22nd October 2015 in the UK.

And here’s a sneak peek of DreamWork’s Kung Fu Panda 3, where there a lot more than 3 pandas. Including adorable baby pandas! We are promised cuteness, father drama, and new evil guy with a supernatural flavor! 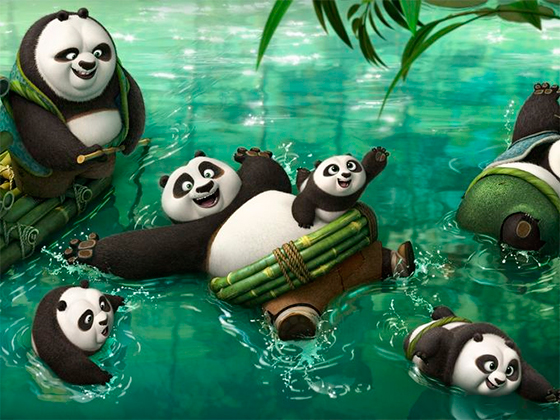 Chiwetel Ejiofor will play Baron Mordo in Marvel’s Doctor Strange! But apparently he won’t be the Baron Mordo we know, but rather “a combination of several different characters from [Doctor] Strange canon”. So he won’t “be necessarily a completely villainous character”. Yay! Maybe he won’t die after one movie like most Marvel villains (except for dear old Loki).

New Ant-Man posters show how the superhero sizes up to The Avengers. I found it quite cute even if a bit self-congratulating~

I don’t think of him as evil at all. I just think of him as extremely misguided or just in denial. But, you know, I think that nobody would argue that the real villain of this movie is Vincent D’Onofrio’s Hoskins. That’s a bonafide villain.

Apparently, Asa Butterfield is no longer in the running to play Spider-Man, which kinda sucks because he’s the only kid I know. LOL. That said I never really thought he was a good fit for Spidey though. So maybe one of these other kids can be! Hey, maybe they’ll surprise me and I will learn to love them just like I did Hiddles or Hemsworth! I mean, there can be miracles when you believe! Anyway, Marvel and Sony’s hunt for Spider-Man is down to these no-names kids: Tom Holland (The Impossible) and Charlie Rowe (Never Let Me Go). Good luck!

DC Comics confirmed what every fan already suspected for so long: Harley Quinn & Poison Ivy are girlfriends… “without the jealousy of monogamy”. OMG, how awesome is that! They are BFFs and also a romantic couple, sorta. At least in the case of Harley Quinn, her relationship is over 9000 times healthier than the one she has with Joker, who is an abusive asshat.

Noelle Stevenson is currently writing Runaways, but most of us wanted to see what she could do with the character in her very special art style. And our wishes were granted with Runaways #2‘s variant cover, which goes on sale July 8th! 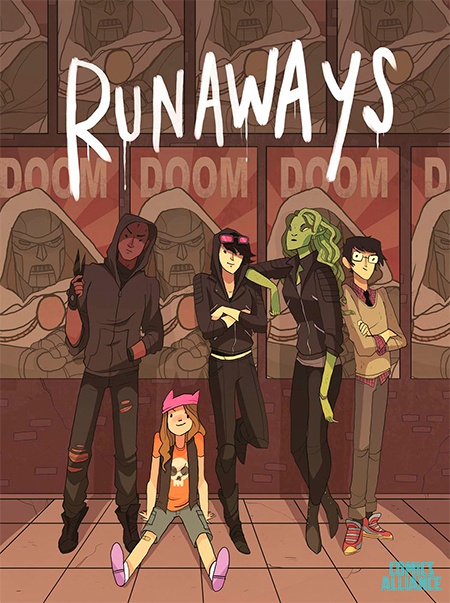 Talking about this awesome writer/artist, her former web comic and now graphic Novel Nimona will be adapted into a feature film from Fox Animation! OMG! They better not change Nimona’s look or the LGBT undertones!

–
And that’s it for the week. Before I go, I want to wish Happy Birthday to Paul Giamatti, Jason Isaacs, Karl Urban, Liam Neeson, Natalie Portman, Johnny Depp, Hugh Laurie and Peter Dinklage. 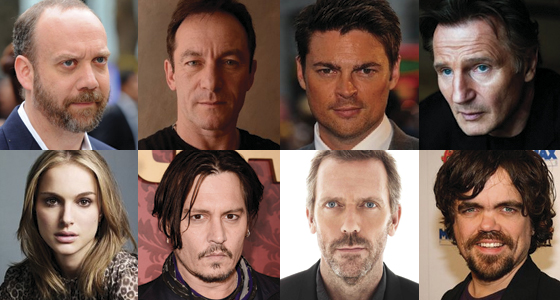