Greetings, fellow fangirls and fanboys! This week we had first looks of things to come, new synopsis script news, SDCC news… and the saddest news in a while. This is becoming a year of good-byes. And so, I dedicate this column to Sir Christopher Lee, an example of a well-lived fascinating life. Here’s how the week started:

Box Office News! Mad Max: Fury Road has surpassed $300 million worldwide, which ain’t bad for an R-rated movie. I just wish it can still make more because the movie wasn’t cheap! Anyway, I am more confident now that the sequel will get made.

So, no we know that Eddie Redmayne will be the star of Harry Potter spin-off Fantastic Beasts And Where To Find Them. And dude is “thrilled” because duh! I guess he feels reinvindicated considering he wanted to be a Weasley when the Harry Potter movies happened but couldn’t. I mean he could have been Charlie, if they had bothered to depict Charlie at all! So yeah, welcome to the Wizarding World, Mr. Academy Award Winner, and enjoy the ride.

Oh look, here’s a promo poster of Assassin’s Creed, a movie that has been in development hell for some time that I was doubting it was going to be made at all! Well, keep getting potential franchise movie, Michael Fassbender (and Marion Cotillard, maybe)! While videogame movies are mostly sucky, the director is Justin Kurzel, who has had good press for his Macbeth debut in Cannes. And Fassbender and Cotillar starred in that one too. Guess Assassin’s Creed is a Macbeth reunion and I ain’t even mad about it. 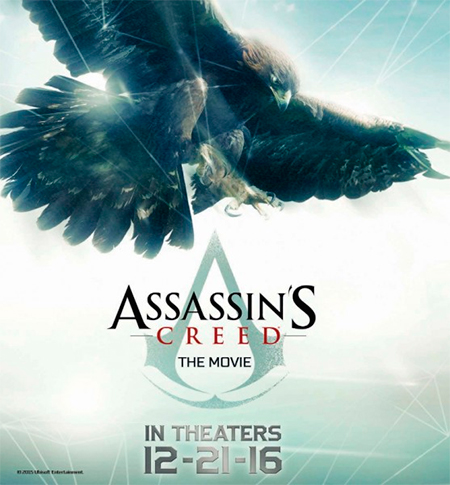 Here’s the synopsis of Independence Day 2, it seems to be compatible to what Roland Emmerich has said about the movie before:

Using recovered alien technology, the nations of Earth have collaborated on an immense defense program to protect the planet. But nothing can prepare us for the aliens’ advanced and unprecedented force. Only the ingenuity of a few brave men and women can bring our world back from the brink of extinction.

Here are the posters of Kong — King of the Apes and Tarzan and Jane, two of Netflix’s new original shows for kids: 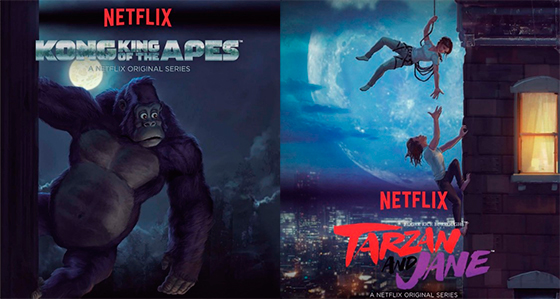 Habemus debut date for Dragon Ball Super (in Japan): July 5 at 9am on on Fuji TV and other channels!

Insidious Chapter 3 may have won the box office race on Friday, but Spy ended up on top, with a total of $30 million during the weekend. Not bad, Melissa McCarthy and Paul Feig!

We’re going to LA for season 2. I kind of keep thinking L.A. Confidential in my head when I think about season 2 – there’s a very dark glamor to it.  And there’ll be lots of beautiful shots of the rolling Hollywood hills and palm trees and maybe Peggy sitting in a convertible, with a head scarf, looking fabulous.

On not so great news, Constantine has been officially cancelled. Executive producer Daniel Cerone talked about the sad demise of the series:

The cast and writers of Constantine are being released from their contracts. The studio tried to find a new home for the show, for which we’re forever grateful, but those efforts didn’t pan out. I’m sorry, I wasn’t provided any information on the attempts to sell the show elsewhere. All I can report is that the show is over.

And then he continued and it was quite sad. It even brought a tear to my eye, and it wasn’t even my favourite DC show (or my least favourite).

Now, remember the #GoodToBeBad Jaguar ads where Sir Ben Kingsley, Mark Strong and Tom Hiddleston played Bond-like villains? Where there has been a handful of those since then… and now there’s a new one, where apparently there’s a new boss and it’s Hiddles. Also, Nicholas Hoult is there as his “Q” or something. Yep, Hiddles’ character totally killed Ben Kingsley’s character. Did he feed him to his pet Jaguar? Who knows!