The Fangirly Diary of a Geek Girl: I saw the light!

Greetings, my fellow geeks! There are lots of geeky news! Marvel, DC and from beloved franchises! But most importantly, Hiddles got a new gig! Here’s how the week started:

Peyton Reed will direct Ant-Man. *Sigh* Dammit, Marvel. We could have had it all! I do have good memories of Bring It On tho! Very quotable… but that was like 14 years ago~

Guillermo Del Toro is writing a Pacific Rim sequel! Not that he has the money, but dude sure is optimistic and I respect that! And yep, definitely a sequel, and not a prequel. With new crazy ideas! I still want that Mexican Jaeger though! Maybe a Peruvian one? Come on, we face the Pacific too!

Some people were wondering if we were going to do the prequel. I was never interested in doing that first wave of invasion. I’m going for very new, very crazy ideas on the second one, which are very different from the first one — but you will get really great spectacle.”

Well, I’ve gotta say that the first footage from The Book of Negroes 6-hour TV mini-series looks good! Great even~ Here’s a synopsis (or at least of the book it is based on) and some pictures!

Box office news! X-Men: Days of Future Past has passed $600 million worldwide! And a chunk from that money comes from China. Yep, they got like $100 million from there!

A sneak peek of Penguins of Madagascar (yes, a spin-off of the popular characters from Madagascar… who already have a TV show)! Here’s a pic of Agent Classified, who is voiced by Benedict Cumberbatch! Oh, a Skipper~ 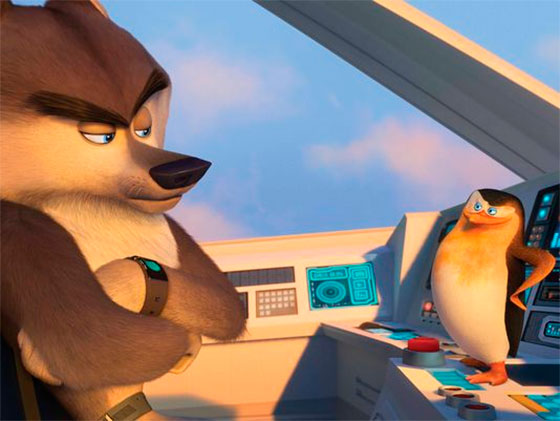 ‘Tis is a day for new posters! We have a couple for Disney’s Big Hero 6, and a complete set (of turtles + Shredder) for ‘s Teenage Mutant Ninja Turtles reboot~ Here are my favourites of Baymax looking cute, and Donatello looking great (considering he looks damn ugly in the trailer… poor baby, he’s my favourite!) 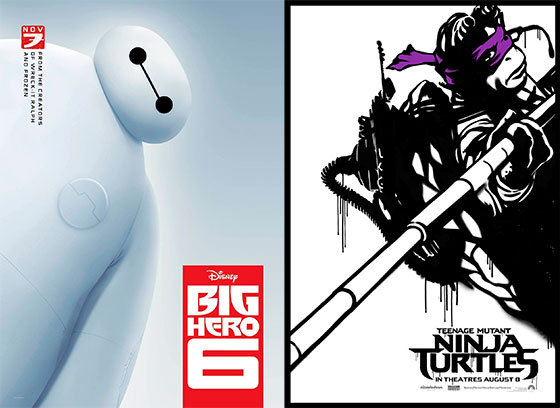 Sigourney Weaver will be back in the three Avatar sequels James Cameron has planned… and she will be a new character. Yep, Cameron himself said so!

Her character of Grace Augustine, as fans know, died in the first movie, so she’s playing a different and in many ways more challenging character in the upcoming films. We’re both looking forward to this new creative challenge…

Game of Thrones showrunners say this season will have like the Best Finale Ever! Promises, promises!

It’s the best finale we’ve ever done, bar none. The performances from our cast, the direction from Alex Graves, the VFX work, the new [music] cues from Ramin Djawadi—all of it came together in perhaps the finest hour we’ve produced. We’re immensely proud of ‘The Children.’ And a little intimidated by the episode, because now we have to get back to the business of season five and figure out a way to top it.

So, you know Elsa from Frozen will be on Once Upon a Time. But do you know who else will be there? Anna and Kristoff! Milk that Frozen popularity, OUAT!