The Fangirly Diary of a Geek Girl: I saw the light!

Tom Hiddleston will play Country legend Hank Williams in I Saw The Light! Guess all the singing paid off! But as much as I am glad for Hiddles… were there no Americans up for the role? I’m sure Hiddles can pull off the accent with practice though! Congrats, and let’s hope this doesn’t turn into his The Fifth State. *cough* Poor Benny Batch *cough*

We have new images of Jurassic World! And they all feature humans… But we are exactly one year away from the movie, you guys! Still no pics of dinos though! Here’s one of Chris Pratt because he’s pretty~ 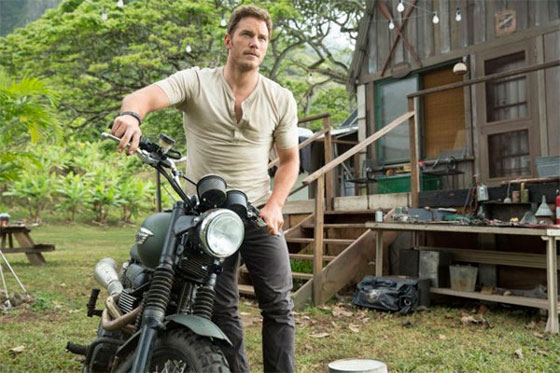 Rumor has it that Warner/DC will show off his new and tentative movie schedule in Comic-Con! And it will include a Wonder Woman movie, and a The Flash/Green Lantern team-up movie! Say what? Oh yeah, there’s also a Shazam! movie and it could happen before we get to see those two because of course we care about DC’s Captain Marvel more than any of those characters, right? Mmm, wonder if they will use The Flash from the CW TV series, I expect they will recast Green Lantern tho! Also, yay Sandman! Guess we will see soon if any of that is true!

Ben McKenzie talked about Gotham, and he seems to have a fine grasp about his character, the beloved  Detective Jim Gordon~

He’s a truly honest man. The last honest man in a city full of crooked people. It’s very tricky nowadays to play a true, honest-to-goodness hero. Everybody is so cynical of people’s intentions. […] He’s not an anti-hero, he’s a true hero — but he will have to compromise.

Marvel launches another awesome campaign for kids! It’s called the ‘Guardians of Good‘ Campaign and the idea is to promote teen activism! Yep, those kids will submit applications that will explain how they are “improving the galaxy” through science, service and innovation. The five winners will attend the Guardians of the Galaxy premiere, will  be given a backstage tour of the Disneyland Resort, will attend the first Guardians of Good Innovation & Service Summit, and will receive a private screening of Guardians of the Galaxy in their hometown for up to 200 of their friends and family.

Hiddles is back on Twitter after some vacations in Bora Bora (not that I stalk him!), and he shares some pictures regarding his upcoming movies! First, one related to I Saw The Light, complete with guitar and cowboy hat… and the other is a picture of the High-Rise book to reminds us he will do the movie adaptation first~ 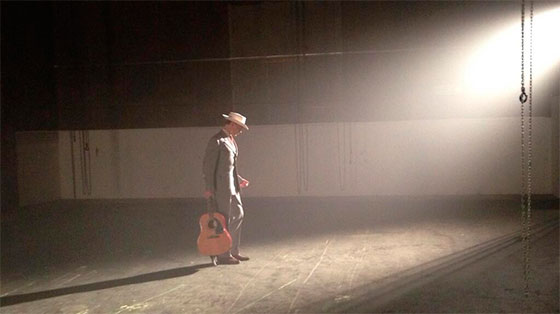 Talking about High-Rise, Luke Evans might be in the movie too!

Bryan Cogman, a Game of Thrones writer, will pen a Magic: The Gathering film. That must be the nerdiest piece of news today. Yep, even nerdier than the great Marvel campaign for activist kids! I will watch on account of the nostalgic feeling of having those pretty cards but never actually playing with them for fear of losing them because I suck at strategy~

DreamWorks Animation has released a new schedule for their upcoming sequels and adaptations! And boy are there a lot of sequels! We finally have a date for Kung Fu Panda 3 (December 23, 2015); but I am less enthusiastic about Madagascar 4 (May 18, 2018) since I thought the ending of Madagascar 3 was great!

A bunch of people saw Gotham’s pilot… and they were blown away. Yep, those have been mostly positive tweets! Also, MTV was kind to give us a non-spoilery info about the pilot. OK, it is a bit spoilery for what it implies and we can infer, but there were no actual spoilers per se~ And I am liking what I am reading!

Finally, Warner had their annual meeting and the issue of their DC properties was touched. Chief Executive Kevin Tsujihara accepted that they haven’t done as well as he would like (compared to Disney/Marvel), but that we (or rather the shareholders, not us just fans) will be happy with the results down the road. Guess those Comic-Con rumors could be true after all! Specially since DC Comics President Diane Nelson talked about DC wanted to differentiate from Marvel and, most importantly, they want to explode the awesome female characters DC have. In fact, they said “a priority is creating properties that will appeal to young girls”. F*CK YEAH!