Here are some new Thor: Ragnarok character posters, and I gotta say that I like the graphic designers for this film are actually trying some cool stuff! I’m just not ready to forgive that horrible Spider-Man: Homecoming poster. Also, I’m glad to see Loki wearing green. All his merchandising for the new movie has him wearing blue and I’m not sure if I like it. Also, Hela looks way better with the pointy helmet, even if her hair is pretty! 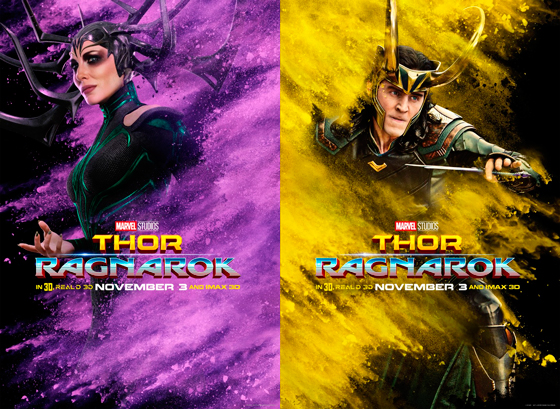 Talking about Thor: Ragnarok, Collider helpfully put together an article revealing everything we need to know about the film they learned during their time on set. And it’s frankly fascinating and kinda spoilery. Just check the start of the bullet points!

Thor: Ragnarok is set about two years after the events of Avengers: Age of Ultron. The film ‘cold opens’ with Thor held captive at Muspelheim by their ruler Surtur.

But that’s not the only thing Collider had. Nope. It was a whole special that included the film’s connection to the MCU, why (and how) this sequel pivots away from the previous Thor movies, how it honors and deviates from the comicbooks and, of course, an interview with Tom Hiddleston about beloved villain Loki! He talked about the tone change, the relationship between Thor and Loki, what he thinks of Hela… and why so many costumes?!

Thor and Loki find themselves in a new environment, and the first thing Loki decides to do is get some new threads […] In my head, there is [a “pretty woman” involved] In my head, Jeff Goldblum takes Loki out to Rodeo Drive and says, ‘Pick the finest fabric you can find…’

Directing news both in DC and Marvel films! Gavin O’Connor (director of The Accountant) has been chosen to write and direct the Suicide Squad sequel. Mel Gibson was previously rumored to be the front runner for the sequel. On the Marvel side of things, Drew Goddard (Netflix’s Daredevil) is set to write and direct Fox’s X-Force, featuring a roster of “dirty mutant warriors that are far more ruthless than their X-Men counterparts”. Deadpool will be the “centerpiece” of the group with Cable also as a “major component”.

Yep, it’s very official. Star Wars and Marvel movies with the release dated of 2019 and upwards will only be availabe through Disney’s upcoming streaming sevice. But Netflix ain’t bothered. Apparently, at this point, Netflix is big enough that the loss of a single partner (even if their name is Disney) ain’t enough worry them a lot. Netflix knew the studios would their own streamings services someday and that’s why it began depeloping their original contend. That said, Marvel’s original programing series at Netflix are part of a separate deal and will not be afected.

Check out our first full set of Star Trek: Discovery cast pictures! I like the gold and blue of the uniforms. And the cut looks good on the officers. I’m still not sure about the Klingons’ new look. But hey, is that a female Klingon? Neat! And damn, that’s some serious lens flare action on poor First Officer Michael Burnham! 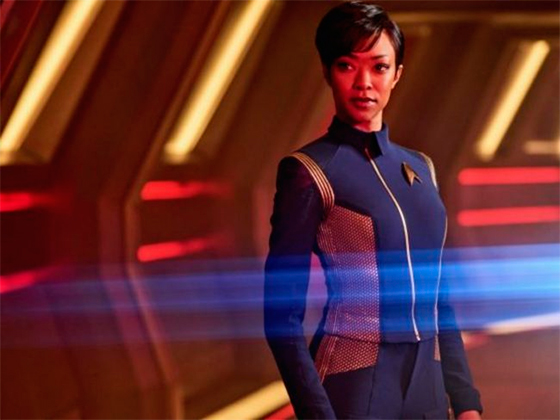 Yay! For once, China gave me excellent box office news about a Hollywood movie! Spider-Man: Homecoming had a great openning day of $22.2 millions! So yep, thanks China for making it possible for the film to pass $800 million worldwide!

And that’s it for the week. Before I go, I want to wish Happy Birthday to Salma Hayek, Keanu Reeves, Michael Keaton, Idris Elba, Toby Jones and Martin Freeman. 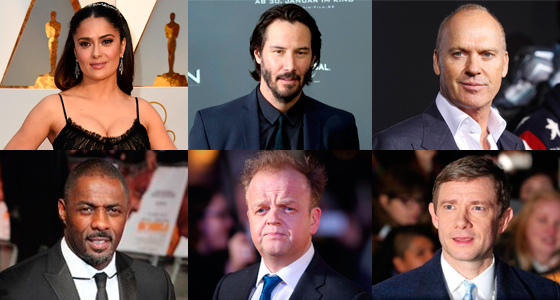