Batman: The Animated Series, the first US cartoon I watched that didn’t talk down to kids, turned 25. And damn, I feel old. The Hollywood Reporter regaled us with this neat article filled with trivia, including interviews with Kevin Conroy and Mark Hamill, who voiced Bruce Wayne/Batman and The Joker respectively. There’s also Arlene Sorkin who voiced the iconic Harley Quinn, who was born in this TV show and now she’s part of the DC Comics canon. Also, hey, Danny Elfman, who not only scored both of Tim Burton’s Batman movies, but also composed the iconic theme music for Batman: The Animated Series. Also, we have a couple of Top 25, best and essential episodes. 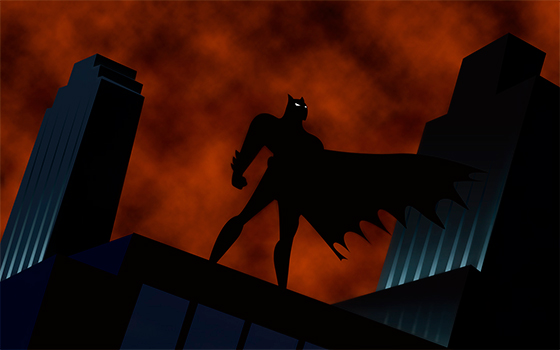 In box office news, Wonder Woman passed the $400M mark and became the fifth highest grossing superhero movie in the US of A! Yep, now it’s only behind The Dark Knight Rises, Avengers: Age of Ultron, The Dark Knight and The Avengers.

As part of their Star Wars: The Last Jedi special, Empire talked to director Rian Johnson about villains Snoke and Kylo Ren, which are basically mysterious and inmature respectively~

On Snoke: He’s a dark force: the scary thing behind the thing. That was entirely how I approached Snoke. I wasn’t interested in explaining where he came from or telling his history, except where it serves this story.

On Kylo Ren: We can all relate to Kylo: to that anger of being in the turmoil of adolescence and figuring out who he’s going to be as a man; dealing with anger and wanting to separate from his family. He’s not Vader — at least, he’s not Vader yet — and that’s something I really wanted to get into.

On not so great new for Star Wars, but actually amazing news for me because I kinda don’t like him much, Colin Trevorrow is no longer the director of Star Wars: Episode IX. It must suck to have to let another director go (and so close still to the Han Solo drama), but if it wasn’t working but hey it’s for the better~ Kathleen Kennedy should use this opportunity to hire a lady, but who are we kidding!

We may have had the book about her backstory, but Phasma’s story ain’t done yet! Captain Phasma #1 was released, and while the whole comicbook run will probably show us what’s going on with her between The Force Awakens and The Last Jedi, the first issue told us how Phasma made it out of Starkiller base. By sheer will, awesomeness, some backstabbing and no fucks given! Just look at Phasma giving zero fucks about Kylo Ren’s fight with Rey. She could have shot Rey, but noooo, that’s too much work and she’s going to get the hell out of that collapsing evil planet of doom: 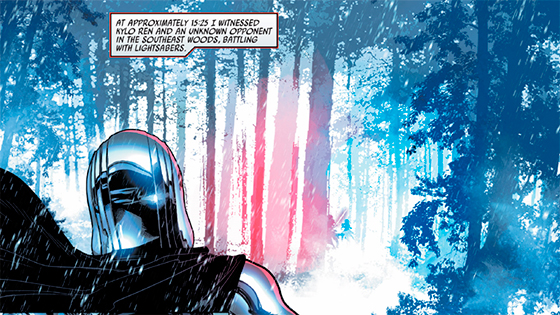 So yeah, Rian Johnson is Lucasfilm’s top choice to direct Star Wars: Episode IX, because of course he is. That would be the easy solution, with the other option being  J.J. Abrams, but there ain’t more than vague rumors about that last one. I kinda wish Kathleen Kennedy gave the directing chair to a woman tho!

I haven’t been watching the new iteration of the Powerpuff Girls, let’s be honest. But the announcement of a fourth Powerpuff Girl was enough to make me check what’s up! And nope, it doesn’t look like it is Bunny. The sillouhette was all wrong for that. And if you really want to see what she looks like, well then, Cartoon Network Russia’s 2017 sizzle reel delivered! 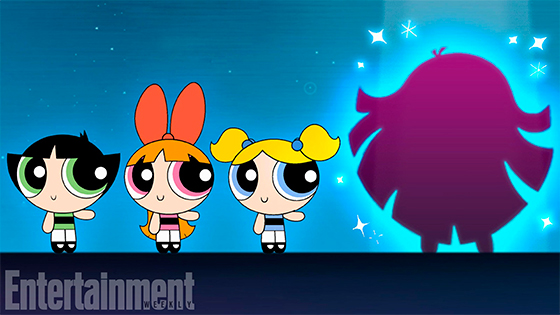