Greetings, fellow fangirls and fanboys! This past week we had our first look at new Hellboy, as well as lots of promo art for Star Wars: The Last Jedi and some news about It‘s sequel. Here’s how the week started:

Futurama returns! … as a podcast episode. It’s better than nothing, ok?! The 42-minute double-length podcast episode will reunite Matt Groening and David X. Cohen with the original cast members. It will be available FOR FREE on Sept. 14 on The Nerdist Podcast.

Fry, Bender, Leela, Professor Farnsworth, Zoidberg, Amy, and Hermes board the Planet Express headed to deleted file planet Junkleon 7. En route, they cross paths with Klaxxon, which is described as “a nefarious life form composed entirely of soundwaves from 21st-century podcasts.” Fry & Co. attempt to save Earth from Klaxxon’s lethal, destructive soundwaves. In addition, keep an ear out for Borax Kid, Calculon, and “All My Circuits.”

Here’s an article about what It could have been had Cary Fukunaga remained as the director. We will have Will Poulter as Pennywise for example!

Check out this Thor: Ragnarok IMAX poster. Also, our lord and saviour Taika Waititi ain’t more concerned to fit into the larger MCU than he is with making a good movie~ 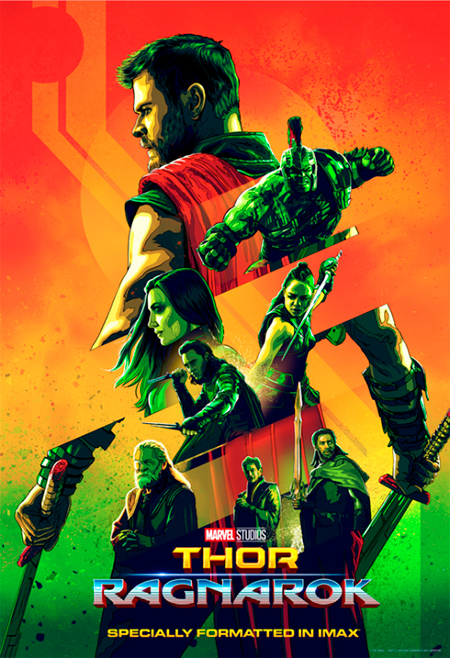 My job is to make a film that can sit alone as a standalone piece that obviously I’ll be proud of. But I want it to be a film that, if it’s the only Marvel film you see, that it’s a great film and it’s a great story in and of itself. The lucky thing is that there are a bunch of geniuses who run Marvel who make sure that it even if it’s a standalone piece, it is part of a great big jigsaw puzzle that could be appreciated as a whole as well.

It seems Rocket Raccoon’s origin will be further explored in a future MCU movie, and I sure hope ain’t a Rocket Raccoon origin story because I love that little trash panda but that will be too much! This is what James Gunn had to say at HASCON, Hasbro’s first convention:

Here are some promo images (Topps trading cards to be exact) for Star Wars: The Last Jedi that include some characters that haven’t been prominently featured in this film’s marketing, such as Admiral Ackbar and General Hux~ 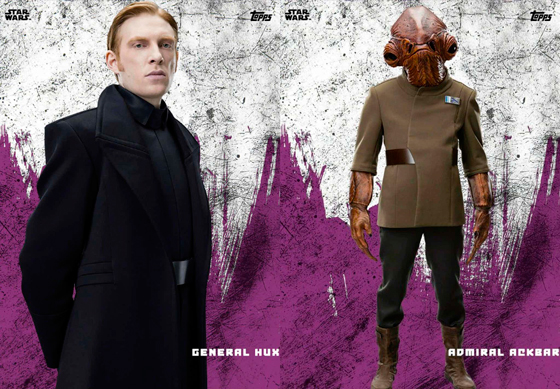 In box office news, It has scored the biggest opening weekend for a horror movie of all time with a fantastic $123 million! That’s much better than the optimistic $117 million estimate. And this is just USA we are talking about!

Talking about It, EW gave us some details on the sequel, which doesn’t have the official greenlight yet. The writing and development is already underway tho! No casting yet for adult actors, but the kids will be back for the sequel as memories. Bill Skarsgard will return as Pennywise, obviously. The sequel will expand on It’s origins, including some scenes that were left out of the first part.

Finally! Patty Jenkins had closed the deal to direct the Wonder Woman sequel, making her the highest paid female director of all time!

Rurouni Kenshin is back with a brand new arc in Weekly Shonen Jump! The new story is titled Rurouni Kenshin: Hokkaido Arc, and the series will actually have five arcs in total.