Greetings, my fellow geeks! Unlike last week, this week is chock-full of geeky news this time, including Tom Hiddleston being his ridiculously charming self~ 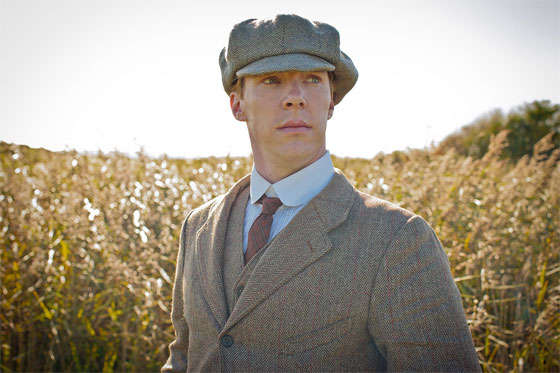 First, we had some news about Benedict Cumberbatch on his role in BBC/HBO’s Parade’s End. Susanna White, the director, had these words about Christopher Tietjens, the main character which Benedict is playing:

Christopher was probably the hardest character to cast because he’s such a buttoned-up Englishman who doesn’t show his emotions, and yet you have to fall in love with him (…)

Yup, a perfect role for our Posh Alien Prince. BTW, there are already lots of HQ pictures of Benny as Christopher!

Apparently, the X-Men: First Class sequel has been titled. The name? X-Men: Days of Future Past… yes, it is a weird title, but it’s the actual name of a comic saga. Curiously, the comic has little to do with Magneto’s backstory (or Magneto at all), yet the movie will feature lots of Magneto, or so they say. Well, since it means more Michael Fassbender, I can’t really complain.

Avengers on TV? Not exactly, it would be a drama series set up in the Avengers world. Well, it could totally be a SHIELD show! The logistics of being in a world where there are Avengers and supervillains! Of course, I would also love a miniseries about Hawkeye and Black Widow before the Avengers, but Scarlett Johansson and Jeremy Renner are busy and I wouldn’t like it as much without them.

In related superhero news, you may not know this, but I freaking love infographics! And infographics that deal with geeky matters are the best! So MoneySupermaket.com made two awesome ones about the cost of being Iron Man and Batman. As we all suspected, being Iron Man is more expensive than being Batman. And it doesn’t even consider the cost of feeding those freeloader Avengers!

Anyway, here’s the preview of the new Dragon Ball Z film! A grown woman shouldn’t be as excited for this, but I don’t care! Cha-la Head Cha-la!

In other news, there could be a prequel to The Shining [1]… not sure if I want. Although, considering it’s about what happened at Overbrook Hotel before Jack Torrance went nuts on his family… maybe.

And remember I talked about an Anastasia musical? Well, we have more news! The important part being it will feature the five songs from the film along with fifteen new songs written for the stage. OMG, yes!