The Fangirly Diary of a Geek Girl: Fully Assembled!

According to Variety, Warner Bros. is planning on a groundbreaking Oscar campaign in order to get Wonder Woman nominated for best picture, and Patty Jenkins for best director! No confirmation from WB themselves tho!

DCEU photographer Clay Enos confirmed what everyone with two working eyes and certain knowledge of comicbooks knew… that Alex Ross was his inspiration for the latest Justice League poster seen here: 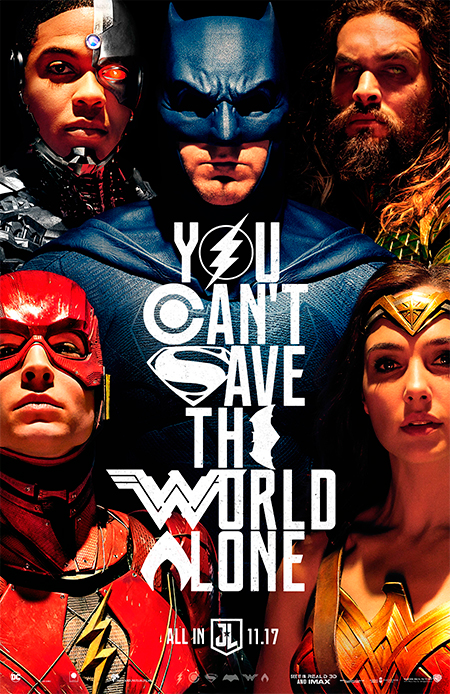 I first saw this painting as part of the Ayman Hariri’s Impossible Collection and it inspired me to shoot our gang in the same style. I used this exact image as my reference for what became the latest JL poster. I simply had the idea and took the initiative to pay homage to Alex Ross by making a few quick portraits in that distinctive light. I’m so glad the WB marketing team ran with them. I love it!

Star Trek: Discovery gets three EW’s covers, where Sonequa Martin-Green is even given the spotlight on one cover of her own!

Some Star Wars: The Last Jedi images leaked, first on the suspended twitter account Star Wars Stuff, and then via imgur album, which was also deleted. I managed to grab some before they dissapeared and I am sure they will be officially released eventually. But besides cool Praetorian guards, our heroes looking damn heroic and strangely high-fashion, Phasma looking ready to kick-ass, and Kylo Ren looking more awkward than menacing, we hae our first look at Supreme Leader Snoke and he sure has had better days. Nice golden robe tho! 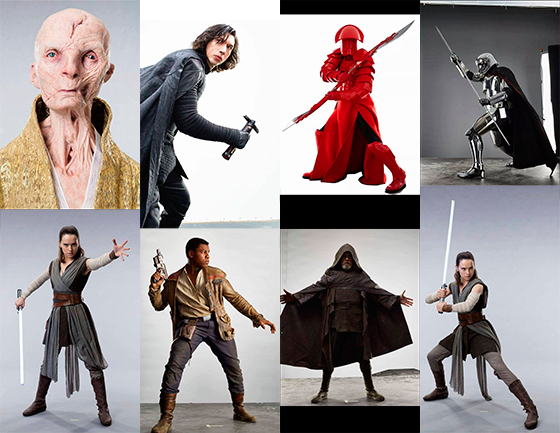 Joe Russo kept talking about Avengers: Infinity War, this time about how they are going to differentiate between all the Infinity Stones. It’s all in the portrayal! Since “each gem has its own special power” and “for people to keep track of all of it, we had to get really specific”. And yes, they are going to use the Reality Stone. But they not only have many gems, but also a sh*t-ton of characters. How are they going to manage them? Why, by focusing on “important” characters, of course!

At the end of Daredevil season two, everyone failed. Matt failed, and the consequences were devastating. Six or so months have passed, and he’s had to completely reevaluate everything that he believes, everything that he does. And he’s decided to hang up the suit, as it were. He’s focusing all of his energies on being a pro bono lawyer. And I don’t think he has any interest, really, in being Daredevil anymore.

Marvel unveiled its “1,000,000 B.C. Avengers” comicbook heroes, and it manages to look both ridiculous and bad-ass. That’s right up my alley! Marvel Legacy #1 shows us the oldest iteration of Earth’s Mightiest Heroes: Starbrand, Phoenix, Thor’s father Odin, Agamotto (one of the ancient Vishanti that aided Doctor Strange), the first Iron Fist and Black Panther, and Ghost Rider (on a woolly mammoth!!!). I don’t care it makes not sense historically (where there even humans back then or are they implying they are all aliens or something?), I will still read it come September 27! 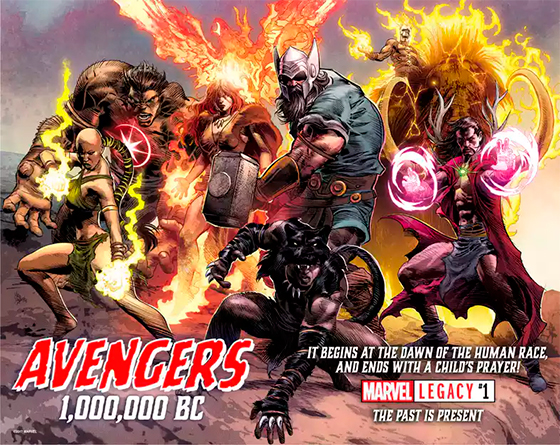 And that’s it for the week. Before I go, I want to wish Happy Birthday to Willem Dafoe, Woody Harrelson, Daniel Radcliffe, Lynda Carter, Helen Mirren, Jason Statham, Donnie Yen and Bryan Fuller. 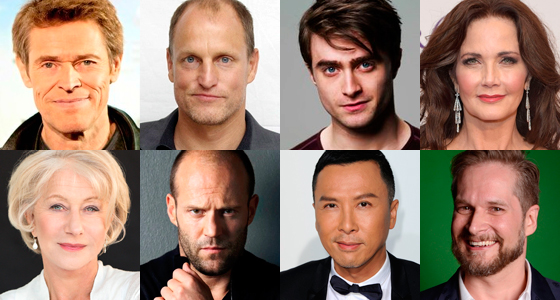