The Fangirly Diary of a Geek Girl: Fully Assembled!

Greetings, fellow fangirls and fanboys! This past week, the SDCC revealed many of the most interesting news of the geek world, and they didn’t stop with even more official reveals as well as some leaks! Here’s how the week started:

Let’s start with SDCC news, Michelle Pfeiffer joined the MCU in Ant-Man and the Wasp as Janet Van Dyne a.k.a. the original Wasp and lost wife of Hank Pym. I kinda wanted it to be Catherine Zeta-Jones for obvious reasons… but Michelle Pfeiffer is a great option too! Also, Laurence Fishburne joined the cast as Bill Foster, Pym’s science bro and superhero Black Goliath. 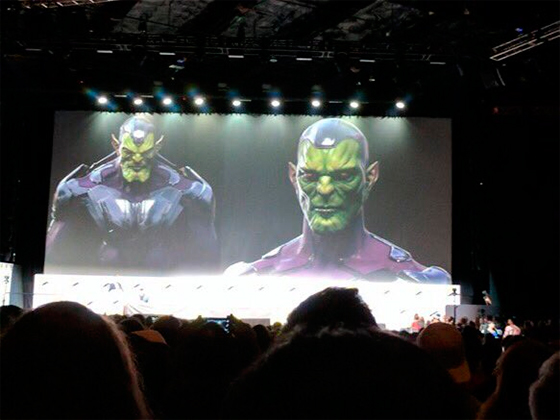 It appears that despite what some people expected, Joss Whedon is indeed getting a co-director credit on Justice League.

And talking about de DCEU, eight movies were officially announced. Shazam will be the next DCEU film in production, and while there are no casting announcements, we have a release date set on April 5, 2019. The Flash‘s film will follow the Flashpoint storyline so that’s awesome. Joss Whedon’s Batgirl will go into production in 2018. Green Lantern Corps will feature both Hal Jordan and John Stewart as co-leads. Wonder Woman 2 (yay!), Suicide Squad 2 (ugh), The Batman (eh, ok), and Justice League Dark (cautiously interested) were announced officially. No info on Gotham City Sirens and Nightwing tho!

As for the series, it seems Syfy’s Krypton will feature many DC characters, according to DC Entertainment President and Chief Creative Officer, Geoff Johns:

Adam Strange and Hawkwoman come to Krypton trying to stop the conspiracy and save Superman’s legacy. Doomsday will be in the show. Brainiac is long overdue to be on screen like that.

Here’s the SDCC trailer of The Orville… which looks like the kind of dumb I like to watch.

Damn, we are getting a new Stargate TV series heading straight online. Stargate Origins, the new 10-episode series continuing the story of Roland Emmerich’s 1994 film Stargate, will premiere on Stargate Command, an exclusive streaming home for this series and previous ones. Here’s the trailer:

Check out Stranger Things season 2 trailer, and is that freaking “Thriller”? Yes. Yes, it is! And I am glad they included the laught at the end because I was waiting for it.

Here’s the official trailer for History’s Knightfall, a 10-episode scripted series centered around the Knights Templar warriors of the Crusades and goes deep into the clandestine world of this legendary brotherhood of warrior monks.

Also at SDCC, Andy Serkis got asked about will be different between his Jungle Book and Jon Favreau’s. “It’s not for 5 year olds” for one!

Well, ours is using Performance Capture and theirs didn’t. Ours is shot on location, it’s in real locations, we shot in South Africa. [The film] is very much more like Live Action Photography… We have these actors who played the animals as opposed to [just voicing] the animals, so there’s a great difference in that. The way of embodying that character and owning that role all the way through the conception and authorship of the role. [This version], as [in] the book, is grounded in India. It’s Colonial and turn of the century, so it has that sort of authenticity and I suppose that sense of [being] closer to Rudyard Kipling’s World.