This is not a drill! Bryan Fuller is working on that Anne Rice’s Vampire Chronicles show! He’s working on a pilot with Anne Rice and her son Christopher Rice. Paramount also is “hoping he chooses to stay on and potentially showrun”. As long as he doesn’t abandon ship or gets cancelled… damn, Fuller’s productions, while amazing, ain’t the most reliable. Hope this one is the exception! Also, Christopher Rice confirmed via Facebook that Fuller is involved in the early production of the series. 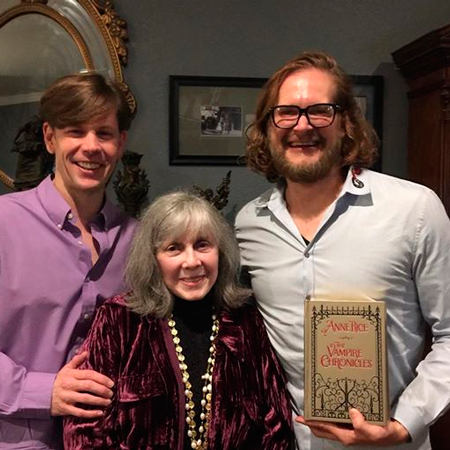 Things are a little shaky in the X-Men spin-off front! First, the good news: Deadpool 2 has been moved up 2 weeks from June 1 to May 18, and yep that’s a week before Han Solo: A Star Wars Story. I do wonder if that one will stay there or will be moved to December as the other new Star Wars films. On not so great news, New Mutants has been pushed back… a lot! From this April to February 22, 2019! One possible reason, according to The Wrap, is that “the film isn’t scary enough”. Well, that sucks. As for Gambit, originally scheduled to be released in February 2019, will now be released on June 7, 2019. Why? The film lost another director. Yep, Gore Verbinski is gone too. Damn, nobody wants to direct Channing Tatum as Gambit, or what is going on?

Here’s our first look (kinda) at Daisy Ridley as Ophelia! Yep, Ophelia from Shakespeare’s Hamlet. And Naomi Watts is also there as Hamlet’s mother, Gertrude. I know some people are complaining about her wig, but I love it. 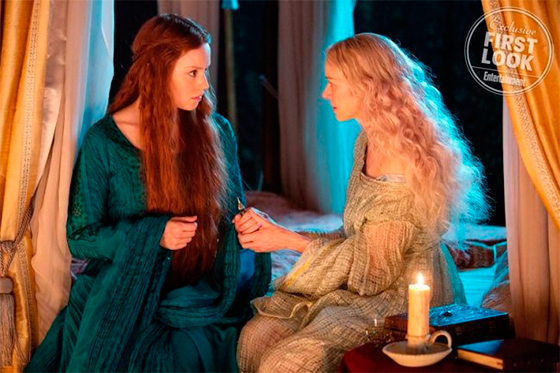 Habemus first promo pictures and voice cast for Suicide Squad: Hell to Pay. Christian Slater is Deadshot, and Tara Strong returns as Harley Quinn. This is the plot according to The Hollywood Reporter:

The film sees Amanda Waller’s secret team Task Force X (consisting of Deadshot, Bronze Tiger, Killer Frost, Captain Boomerang, Harley Quinn and Copperhead) sent to retrieve a powerful mystical object that they will risk their lives to steal. Unfortunately for the Suicide Squad, there are other villains who want the prize, and they must win a race to get it in order to stay alive. 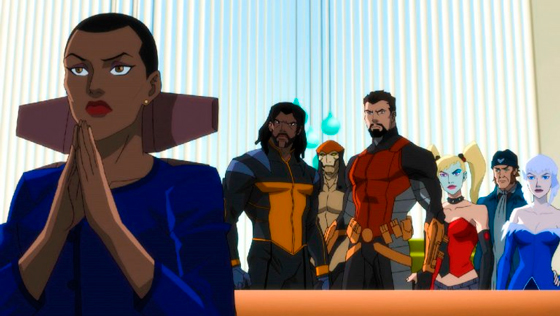 Habemus first images and teaser trailer for HBO’s Fahrenheit 451. Michael B. Jordan is Guy Montag, “a young fireman who forsakes his world and struggles to regain his humanity as he battles his mentor, fire captain Beatty,” played by Michael Shannon. Sofia Boutella is Clarisse, “an informant caught between the competing interests of Montag and Beatty.”

The Continental, the John Wick TV series, is in development! Starz announced it at the Television Critics Association winter 2018 press tour. The show will be set in the LA of the John Wick universe, focusing on the inner workings of the Continental Hotel. Starz promised The Continental will maintain the same fast-paced action and dry humor from the two John Wick films.

Warner revealed the official release date for Shazam: April 5th, 2019; and also vacated the July 27th, 2018 release date, originally put aside for Flashpoint. That was to be expected, there’s no way that was gonna happen.

Black Panther forecasted for a $120 million opening weekend, which could top Spider-Man: Homecoming‘s $117 million in its first weekend. It would mark the second time a first entry to a standalone MCU film has exceeded the $100 million mark on opening weekend.

And that’s it for the week. Before I go, I want to wish Happy Birthday to Kate McKinnon, Eddie Redmayne, Norman Reedus, Rinko Kikuchi, Jeremy Renner, Imelda Staunton, J.K. Simmons and Jemaine Clement. 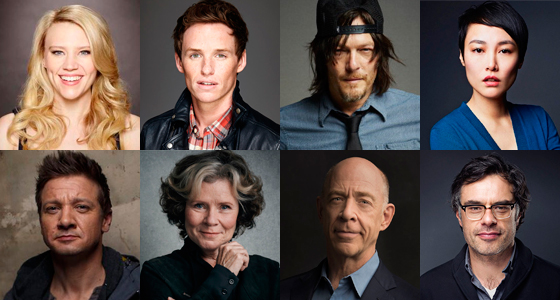