I think that the cultural element of [Black Panther] — and how cultural specificity takes such a big role in the film – that’s what makes it quite unique. I’m excited to see more [superhero movies], but there hasn’t really been a film about a character like T’Challa before. Hopefully we can pull it off, but it has the potential to be something that’s really unique in a lot of different ways. I think that you can’t ignore the idea of representation and also the excitement around Marvel Studios and the work that they’ve been able to pull off when telling original and unique stories. I think that folks are excited to see what the studio is able to cook up.

Apparently we could be getting a Kitty Pride movie at Fox directed by Tim Miller (of Deadpool fame). I do wonder if the film will pass the development stage with the Disney/Fox deal.

Thor: Ragnarok will be available on Digital HD from February 20, with the 4K Ultra HD and Blu-ray release to follow on March 6. And to celebrate we have a behind-the-scenes featurette presented by Taika Waititi! It’s amazing from the beginning with Taika singing over the opening logo of Marvel Studios. So yes, this also doubles as a blooper reel teaser~

Thor’s former roommate Darryl is back for the Thor: Ragnarok blu-ray, and he’s got a new roommate! Here’s the description of “Team Darryl”:

Fresh off being unseated as the ruler of Sakaar, the Grandmaster makes his way to Earth to start a new life. It’s been over a year since Thor left Australia and Darryl has been struggling to pay his rent. Now Darryl needs a new roommate to help make the monthly payments. Unfortunately for Darryl, the Grandmaster was the only one who answered Darryl’s “Roommate Needed” ad and with no viable options, the Grandmaster moves in.

Well damn, Black Panther has become the best-selling MCU movie in terms of presales after its first 24 hours! The movie opens February 16, and this is what Fandango Editor Erik Davis had to say about these presale:

Black Panther is riding an incredible wave of momentum right now. It’s one of the biggest and most anticipated movies to ever open in the month of February, and its trailers have electrified the Internet. Tickets have been going fast ever since presales started on Fandango late Monday.

The long-await standalone Black Widow is actually moving forward! Yes! Habemus scriptwriter! It’s Jac Schaeffer, whom I only know because she wrote the Olaf’s Frozen Adventure short. Yeah, the one that was taken out because it was too long and people wanted to watch Coco already dammit. This possible film is still very early development, as it has no actual greenlight… but hey, it’s a step forward!

It has hit DVD and Blu-ray markets and Warner has unleashed new & creepy behind-the-scenes images! 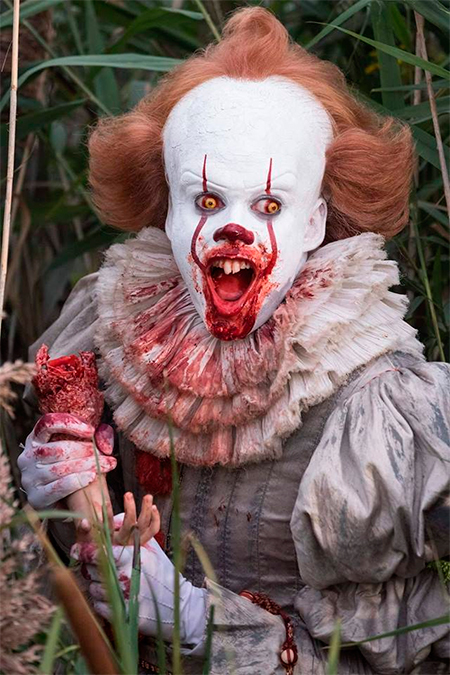 John Williams wants to return to compose the score for J.J. Abrams’ Star Wars: Episode IX. Because of course he does! He wants to see the whole thing through! And man, I can’t wait to hear what new piece of musical greatness he achieves. BTW, check out this amazing analysis of the film’s music (in Spanish):