The Fangirly Diary of a Geek Girl: From basement to mainstream

Greetings, my fellow geeks! This week begun the New York Comic-Con! Which is even geekier than San Diego Comic-Con, if only because that city is so important to so many fandoms. But let’s not get ahead of ourselves! The week started like this:

Let’s start with Benedict Cumberbatch at the Cheltenham Literary Festival 2012. Guy was one of the most popular there along with Queen J.K. Rowling. He was interviewed on stage by Sherlock co-star Louise Brealey, who play the love-struck phatologist Molly Hooper. Among much Sherlock-related stuff, he managed to put a final statement in his supposed bad words about Jonny Lee Miller and Elementary:

Under no circumstances would I want Jonny to have anything but rip roaring success.

Talking about another iconic British character, we have six different James Bond covers with all the Bonds. Look at this GQ mofos! 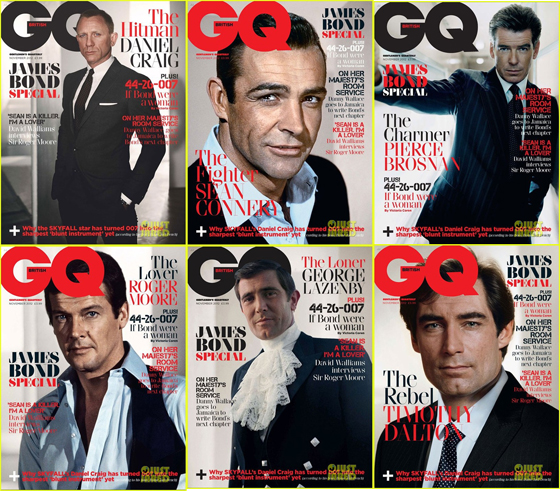 We also got lots of clips from the documentary Everything or Nothing: The Untold Story of 007, celebrating the James Bond anniversary.

So there’s a long way until The Avengers 2, but some are already putting out what they want to see. Of the list, what I’d like is Kid Loki and Lady Loki (or Lady Thor).

Also, apparently my sense of aesthetics is controversial. Well, I knew that already~ Then again, it also proves that “controversial looks” are greatly helped by professional photography.

Yeah, I love the way he adds an incredibly organic element to the fantastical world of Thrones, and I think that’s what Thor could benefit from. It’s grounded in reality, no matter how mythical or science-fiction-like it becomes. There’s a truth to it all. Certainly, working with him now, you can see he doesn’t want Thor or the Asgardians to seem like some distant race or god-like. He still wants them to be relatable.

Thor: The Dark World will be filming in Iceland, says Christopher Eccleston. I’m eager to see his irredeemable Malekith with the fabulous hair!

In more Marvel news, rumor has it that Ruth Wilson and Emily Blunt might be in the running for Miss Marvel in The Avengers 2. It’s too early in the game, so I’ll take this with a grain of salt. That said… I am here for this! I like Wilson, but not so much as a blond, though. And Marvel has been after Blunt for ages! They offered her the part of both Black Widow and Peggy Carter. 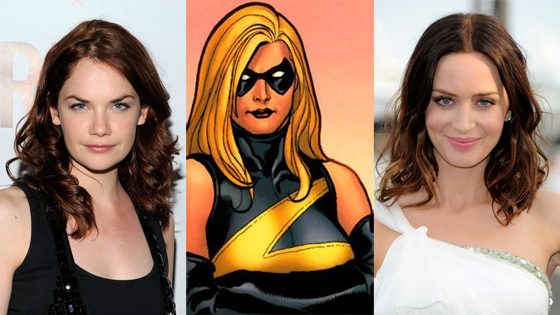 New Godzilla movie will be realistic, says director Gareth Edwards, and I am down with that:

My main idea was to imagine ‘If this really happened, what would it be like?’ I want to take a grounded, realistic approach to a Godzilla film.