Since the release of Pink’s Try [MV], Amy and I had been discussing a list of music videos that featured dancing, but as with anything that has to do with Amy, things have to get complicated, so we worked up some sort of criteria.

First, we are not including any music video that’s a “dance version” of the official release — that has immediately cut down a lot of Korean music videos. In fact, even though Korea has some very tight music videos featuring prominently choreographed dance routines like After School’s Step Up [MV] — which is not essentially a “dance version,” it is in essence shot like a dance version video — you’ll see in a minute why Korean music videos don’t necessarily fit this list. This is also why there’s no Justin Timberlake’s My Love [MV] either. 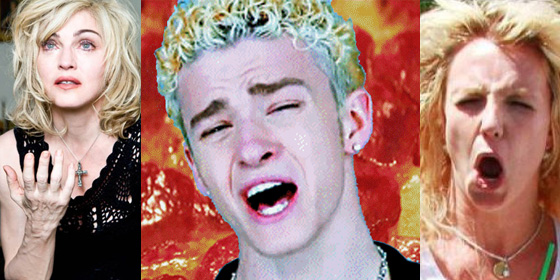 Sorry, no prominent group sync dance, either. This also eliminated hoards of boy and girl groups from any country, as well as solo artists whose music videos have the necessary amount of choreography… so you’ll see no Janet Jackson’s Rhythm Nation [MV], sadly.

The basic criteria is simple, EVERY MUSIC VIDEO starts with 10 points. You add or subtract points depending on how many non-dancing scenes are in the video, the sets, the props, the length of the shots, or if there are group dancing sequences in between. The result was somewhat surprising, after we got the points together, so we hope you enjoy this list.

As a point of reference… even though it’s not a music video, Gene Kelly’s iconic Singin’ in the Rain sequence on the film of the same name scored a perfect score of 20 points.