The Fangirly Diary of a Geek Girl: AKA Awesome

Greetings, fellow fangirls and fanboys! This week Marvel’s Jessica Jones premiered on Netflix, and we had the last articles before everyone marathoned it over the weekend. Besides that we have our regular Star Wars news, as well as pics and updates from geekt movies and TV shows. Here’s how the week started:

Here’s the first picture of Chris Pine as Steve Trevor on Wonder Woman! It originally came from actor Said Taghmaoui’s Instagram. And was promptly deleted, because apparently he should have uploades them. Well, too late, Said! Everything in the Internet is forever! Well, not really. Considering the clothes both him and Pine wear, I guess the rumor that the movie will be set partially in the WWII era is true. 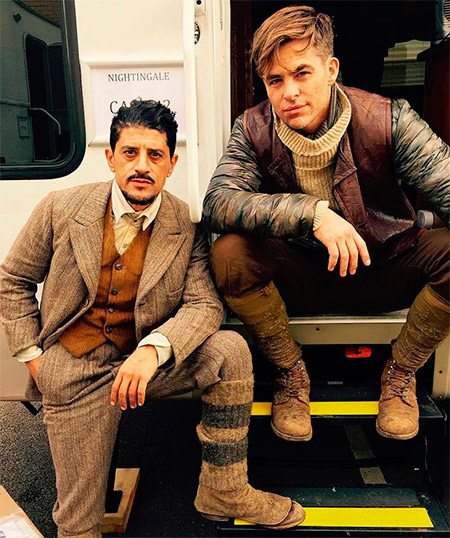 In Box Office news, Spectre has had another good weekend with $34 million in the USA and $150 million overseas. That means, the film earned $130 million domestically and $413 million internationally in three weeks. Yup, it soared past $500 million at the global box office in less than a month. The Peanuts Movie got second place for the second weekend in a row, and it’s likely that it will have earned back its $99 million production budget even before international receipts start to be counted. Yeah, I haven’t seen that movie yet. Bet I will enjoy it more than Spectre.

Matt Ryan’s appearance on Arrow earlier this month was so well received, Constantine fans have renewed their efforts to bring the show back from the dead with an online petition. As of right now it has over 70,000 signatures. It’s been months since the show’s cancellation, but geeks sure know how to beat a dead horse. There can be miracles when you believe~

A couple of new Jessica Jones clips revealed just how much of a creepy mofo David Tennant’s Kilgrave is. The answer is super dupper creepy.

In Gotham news, BD Wong shared the possible looks for Professor Hugo Strange, kinda evil dude who runs Arkham Asylum, on Instagram. I would love the classic look (upper left corner), but considering the character is younger, maybe he didn’t lose his hair yet. If that’s the case, I want the ones with dark hair! 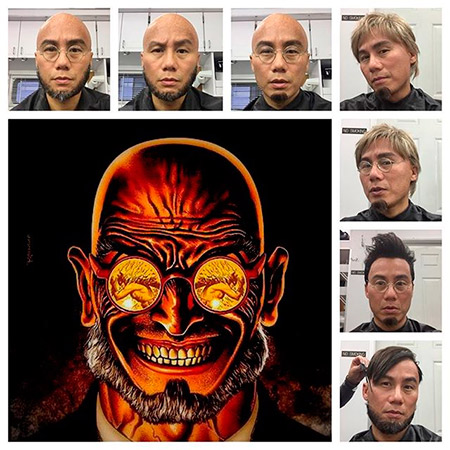 The X-Men movies are dramatic and almost operatic, whereas Deadpool is irreverent and hysterical and sort of a dirty R-rated comedy in many ways. And Gambit will have its own different flavor and tone to it, will be more of like a heist movie and a sexy thriller in a way.

And talking about those X-Men movies, the next one will be filmed in early 2017, and director Bryan Singer ain’t going anywhere.

Here we have the first character posters for The Huntsman: Winter’s War, who has one of the prettiest main casts in a while with Jessica Chastain, Charlize Theron, Emily Blunt and Chris Hemsworth. Even if said pretty people look airbrushed to hell in these posters~

Bound for a remote planet on the far side of the galaxy, the crew of the colony ship Covenant discovers what they think is an uncharted paradise, but is actually a dark, dangerous world — whose sole inhabitant is the “synthetic” David (Michael Fassbender), survivor of the doomed Prometheus expedition.