The Fangirly Diary of a Geek Girl: AKA Awesome

This day brought us another Jessica Jones clip, where the titular character is very aware it’s not a great idea to piss off Kilgrave, so shut up Patsey!

Both Krysten Ritter and showrunner Melissa Rosenberg talked about Jessica Jones, and how the show addresses PTSD, rape, and female sexuality

[For Jessica] the superpowers are just a matter of fact. She doesn’t advertise them, but she doesn’t deny them. She doesn’t hide them. What I love about this character is she’s so unapologetically who she is. She’s unapologetic about her sexuality, about her powers, about her drinking, about just about anything.

Krysten Ritter also talked what the show is about, and what she likes about it:

It’s a psychological thriller first, and a superhero show second. It’s exactly the kind of female-led show I’d watch. And I kick a lot of ass without having to wear a leotard.

Mark Hamill sure knows how to keep a secret, so you ain’t getting anything about Star Wars: The Force Awakens from him! Dude gets money if he keeps the secret! Besides he has experience keeping his yap shut about Star Wars:

I’m good about keeping secrets. I’m proud of the fact that I knew a year and a half before anybody else that he was actually dad-Vader. I didn’t even tell Harrison, or my wife, because I thought it would be terrible if she said “you know what” to a fan and it got out.

Talking about that movie, damn, Star Wars: The Force Awakens has already made over $50 million in advance ticket sales. And to think there were people with little faith who said the film wouldn’t do so well because it’s a “December release”. This is Star Wars, dammit! Hey, Avatar, what’s good?

Louis XIII Cognac is aged 100 years, and requested Robert Rodriguez to create a short-film tie-in with John Malkovich. The twist? Just like the bottles of Louis XIII Cognac we have today have been aging since 1915, this short film is scheduled to be screened with the next batch of Louis XII Cognac…in 2115. Damn, and to think I complain when I want the new Star Wars (or MCU) movie now! Here’s one of the teasers (and the two others are here):

Tom Hiddleston is an amazing writer, and here he is writing a diary on Kong: Skull Island, where he also talked about High-Rise, selfies, and the film business. Also, reading certain part kinda (totally) made me wish director Jordan Vogt-Robert would change the script, get rid of Brie Larson (no offense, madam!), and have Kong fall in love with Tom. I mean, dude is even a natural blond!

As an actor with a passion for the history of cinema, this is a red-letter day for me. I have stared into the eyes of the ape. A tower of power and majesty, standing like a king.

In his own candid way, Peter Jackson admitted he “winged” many parts of The Hobbit, because he simply wasn’t ready for it. So basically like every college student. Here he is in the behind-the-scenes featurette from The Hobbit: The Battle of Five Armies Blu-Ray/DVD:

Because Guillermo Del Toro had to leave and I jumped in and took over, we didn’t wind the clock back a year and a half and give me a year and a half prep to design the movie, which was different to what he was doing. It was impossible, and as a result of it being impossible I just started shooting the movie with most of it not prepped at all.

We knew this was coming, but it’s been confirmed: Gravity Falls is ending. Showrunner Alex Hirsch announced on his Tumblr that there are two more episodes left: “Weirdmageddon II: Escape from Reality” and “Weirdmageddon III”, and they will be a hour long series finale. He also emphasizes that the show wasn’t cancelled, “it’s being finished”. BTW, the decision to keep the show’s pending conclusion a secret wasn’t his, he got asked to keep mum, hoping that he’d change his mind. The show is pretty succesful, you see.

Gravity Falls was never meant to be a series that goes on and on forever. It’s meant to be an exploration of the experience of summer, and in a larger sense a story about childhood itself. The fact that childhood ends is exactly what makes it so precious- and why you should cherish it while it lasts.

But let’s end on a hopeful note. Joe Quesada confirmed Marvel’s Iron Fist is still being worked on. So, those rumors claiming the production was in trouble, and could very well end cancelled, are exaggerated. At least, for now!

–
And that’s it for the week. Before I go, I want to wish Happy Birthday to Jonny Lee Miller, Maggie Gyllenhaal, Martin Scorsese, Rachel McAdams, Owen Wilson and Ming-Na Wen. 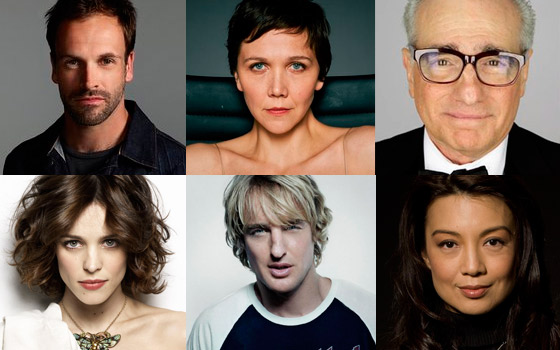