The Fangirly Diary of a Geek Girl: Age of Marvel

Greetings, my fellow geeks. This week is chokeful of Marvel news, better be comics, merchandising and especially casting news! We finally got out Ultron, peeps! But let’s not get ahead of ourselves:

So yeah, remember when DC/Warner told us Ben Affleck was going to be the new Batman? Of course you do! Turns out Batfleck has a 13-appearance deal. The hell is that! Also people seem pretty sure Bryan Cranston has been cast as Lex Luthor, and the official annoucement will be made at the end of the final season of Breaking Bad. More rumors say that DC/Warner wants Matt Damon in their Justice League movie either as Aquaman or Martian Manhunter. If that were true, there goes your street cred, DC/Warner. I understand you want Batfleck to become your RDJ, and I like Damon just fine but nope. Just nope.

Oh yeah, that Batman/Superman movie will start production on February 2014, and will be released on July 17, 2015.

Anyway, not everybody hates Batfleck! He gets support from Joss Whedon, former Batmen like Adam West and Val Kilmer, and event William Shatner… who wants to be Alfred. OK then~

Here’s the Agents of S.H.I.E.L.D. cast posing with Lola. I’m already loving these guys. Coulson is still the best though~ 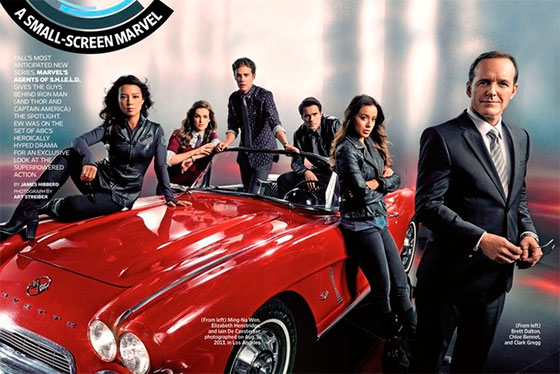 Daniel Craig wishes for some more irony in new Bond movies like the days of old. Dude can’t ham it up, yo!

Hopefully we’ll reclaim some of the old irony, and make sure it doesn’t become pastiche. I can’t do shtick, I’m not very good at it. Unless it kind of suddenly makes sense. Does that make sense? I sometimes wish I hammed it up more, but I just can’t do it very well, so I don’t do it.

Here’s the preview of Young Avengers #9 (As well as Avengers Arena #14 but I haven’t been following that one) where I can totally see it will wrench my heart. Dammit, Gillen and McKelvie! Hey, Leah! 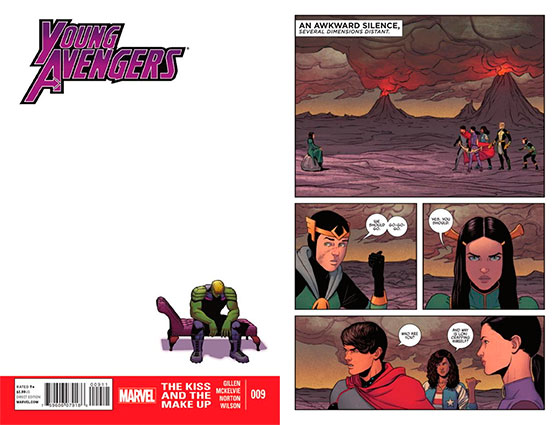 Joss Whedon is evil and talks about possibly killing someone (someone in the team!) in The Avengers: Age of Ultron. If it helps, he would only do it for a good reason! It doesn’t help!

But I’d have to have a really good reason, a really great sequence for [Marvel execs] to go, ‘We’ll cut off a potential franchise, that’s fine!’ They know as any good studio does, that without some stakes, some real danger, how involved can we get? We don’t just rule it out across the board, but neither is the mission statement ‘Who can we kill?’ We try to build the story organically and go, ‘How hard can we make it on these people?’ You go to the movies to see people you love suffer-that’s why you go to the movies.

Also, we have some The Avengers animatics, where we can see things were going to be different including a longer scene between Loki and Tony Stark (and JARVIS acting all HAL9000… foreshadowing?), and The Wasp was going to be part of the team! Aw, wish that could have happened. I like Black Widow, but sometimes we need more than the token female!