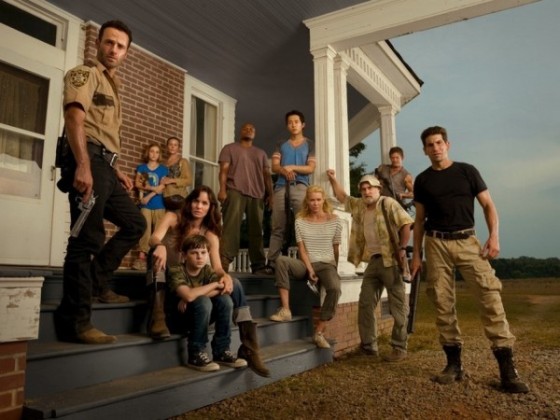 The Walking Dead’s huge success during their strong first season led to the show being renewed for a second season. However, most of the behind-the-scenes news regarding the show’s budget and the firing of important people (including creator Frank Darabont) worked against the show. Season 2 ended up being divided into two parts that had different characteristics and qualities.

The first half, anchored by Darabont, mostly deals with the disappearance of a little girl while developing a new antagonist. The second half, developed by Glen Mazzara, continues where the first half ended and completes the antagonist’s turn to the dark side.

Season 2 starts badly for Rick (Lincoln) and the survivors as Carol’s (Melissa McBride) daughter Sophia (Madison Lintz) disappears after being chased by walkers into the forest. To make matters worse, Carl (Chandler Riggs) gets accidently wounded by an out-of-nowhere gunshot. This unfortunate accident leads the group to a nearby farm, owned by Hershel Greene (Scott Wilson). While Hershel tries to save Carl’s life, the group searches for Sophia — and try to survive against the walkers.

Darabont and Mazarra did their best to solve some of the problems that Season 1 had regarding the lack of a major antagonist and the hardly noticeable development of the supporting characters. The developers and the writing team gave each character their own storylines, handled well by most of the actors throughout the entire season.

Dale (DeMunn) plays the moral voice of the group. Andrea (Holden) goes through a personality transformation following her sister’s death. Carol struggles with the hope of surviving and finding her daughter while clinging to her faith to avoid a meltdown. Redneck Daryl Dixon (Reedus) proves himself as a useful assest and becomes friendlier to the group. Glenn (Yuen) gets a romance angle with Hershel’s eldest daughter, Maggie (Lauren Cohan).

Meanwhile, Lori (Callies) deals with her pregnancy and gets the Lady Macbeth treatment when dealing with her feelings for both Rick and Shane (Bernthal). Hershel plays the religion-driven man who believes there might be  a cure for the zombie outbreak. On the other hand, Shane (Bernthal) slowly becomes unpredicatable and questionable as time passes by. 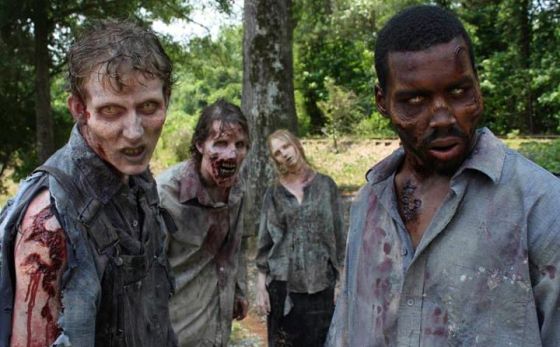 If Season 1 was all about Rick, then Season 2 is all about Shane, who serves as the main antagonist and a counterweight to Rick. Shane’s slow-burning turn towards the dark side was a delight to watch. He realizes that the world has changed and starts to make decisions driven by reason and emotion. These decisions may be perceived as right or wrong, yet all is done for survival. He still has feelings for Lori and attempts to recover the group’s leadership from Rick by questioning most of his decisions. Jon Bernthal’s excellent performance as the deranged, deeply flawed, multi-layered Shane was easily the best part of Season 2.

As much as the character development has been nice to watch [see: Daryl, Shane, Hershel, Dale and Glenn] and made the viewers care for the survivors, it also created problems for the show — mostly pronounced during the first half of the season. First, most of Season 2 is spent at Hershel’s place. Second, the balance between action and drama was heavily lopsided towards talking scenes, giving a zombie-less feel to The Walking Dead. Third, the “Sophia is missing” storyline had a never-ending feel to it. Fourth and last, the writing for certain characters hurt the show a bit.

During the first half, Rick was made to look like a weak character as he struggles with protecting his own family, dealing with his leadership duties and tries to make sense of the world he lives in. However, Rick gets redeemed later during the second half thanks to sharper writing and re-assuring him as the group’s leader. The writing for characters like Lori and Carl made them look very annoying and/or whiney, especially when both interact with Rick and Shane.

And for reasons beyond my comprehension, T-Dog (IronE Singleton) — the show’s dumbest character and token black guy — still manages to survive while barely getting any character development. Watching T-Dog made me wish that Tyresse — a well-developed black character from the comic books — was used on the television series instead.

However, the second half of Season 2 breathes some life back into the show by improving the pacing, balancing the action and drama scenes, re-constructing Rick as the group’s leader and hammering the point that nobody is safe in this zombie-ridden world.

The Walking Dead is definitely not AMC’s best show – that belongs to either Mad Men or Breaking Bad. Nonetheless, AMC’s zombie show, despite its flaws, stands tall above fellow television horror shows (American Horror Story and True Blood) with very strong resolutions to their main storylines alongside a huge revelation during the chaotic yet suspenseful season finale.