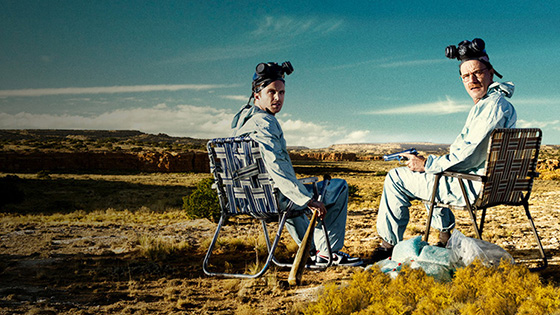 Breaking Bad‘s second season picks up right where Season 1 ended with Walter (Cranston) and Jesse (Paul) now sharing a link with Tuco Salamanca (Raymond Cruz), which is actually dangerous for them as seen in the season premiere. Lucky enough for them, Tuco’s downfall happens quite quickly, allowing them to continue working on the meth cooking business and expand their territory, while also having to deal with personal issues.

As anyone would expect, Walt has to deal with his cancer treatment while working on the meth business for the same reasons mentioned in the first season, leading towards complications with his marriage with Skylar (Gunn). As far as Jesse is concerned, he tries to get a new start in life with a new place to live, leading him towards a romantic relationship with his landlord Jane (Krysten Ritter), who happens to be a recovering heroin addict and clean for 18 months.

Season 2 may not be as fast-paced and explosive as Season 1 was, but it contains several big moments that make the entire season worth the watch. The episode number has been amped to 13, which allows for more detailed character study on the main characters as well as showcasing elements of a terrible accident at the start of almost every episode, which gets expanded in detail as the season progresses, leading to a huge reveal by the end of the season.

One slight problem with the expanded episodes is that it stalls at times, hurting Season 2 in pacing, while also lacking a big antagonist for the most part until we get closer to the season’s end. However, it also allows the show to juggle more storylines, and now -certain characters not named Walter or Jesse- get to shine in the spotlight. There’s Hank (Norris), who is going after Heisenberg, and doesn’t know the truth behind him yet; Skylar (Gunn) worrying about her future, both economical and her pregnancy; Jane dealing with Jesse; and last but not least, shady lawyer Saul Goodman (Odenkirk), one of the show’s new characters, who helps out Walter and Jesse and becomes highly important near the end of the season when he introduces two new people in Walter’s life. I really liked how Breaking Bad managed to make Skylar watchable and dialed down Marie (Brandt) and Walt Jr. (RJ Mitte) in contrast to the first season, when those characters were not interesting to watch.

Breaking Bad has built Walter and Jesse evenly in importance from the start, but Jesse stands out stronger this time. While Walter continues to walk a thin line between right and wrong — and the line get thinner as the season progresses along with his increased desperation towards everything in his life — and gets more seasoned in the drug business, Jesse has always been a good-hearted person despite the stuff he does. Season 2 had Jesse going through a harsh path: from wannabe tough guy to kingpin poser and heroin junkie, it’s terrible to see Jesse suffering through a lot, and his personal problems and business deals end up clashing badly. Aaron Paul’s performance here is really excellent and he makes Jesse stand out as being the most sympathetic character, despite his questionable actions and his strained relationship with “father figure” Walt.

Outstanding show so far in terms of characters, acting and storytelling.

Sidenote: I’ll keep watching Breaking Bad and try to get the other seasons reviewed before the Better Call Saul spin-off premieres. Odenkirk’s character in Season 2 had a great introduction and he’s fun to watch despite serving as a Monopoly-like “get out of jail” card.