Orange Is the New Black – Season 3 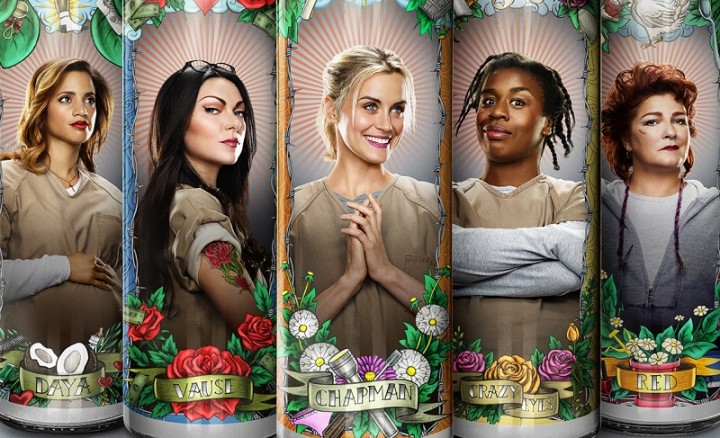 I admit to not fully binge-watching Season 3 as many did with the earlier release of Orange Is the New Black‘s latest offering a few hours ahead of schedule, which can be seen as either a sign of power move by Netflix… or maybe a sign of bad things to come. Thankfully, OITNB retains the elements that has made it worth the watch, but we’ll get into that later.

Season 3 begins right around the Mother’s Day event, which happens a month or two after the events from the Season 2 finale, which pretty much solved its ongoing storylines and established this season’s main lead characters: Piper Chapman (Schilling) and Joe Caputo (Nick Sandow). It’s the latter who takes over Figueroa’s (Alysia Reiner) job and reigns well over Litchfield as seen in the beginning. However, some bad news leads Caputo into saving Litchfield through a corporate takeover involving private company Management & Correction Corporation. But at what price? Well, Season 3 will tell you that through its staff members and inmates as well as Caputo himself, who co-manages the prison alongside corporative prison executive Danny Pearson (Mike Birbiglia), who walks a thin line between Caputo’s POV and his company’s ideals.

As far as Chapman is concerned, she goes into Breaking Bad territory and begins a business line of her own a la Walter White while also having to deal with Alex Vause’s (Prepon) return to Litchfield and the power behind the truths and lies from her past and present actions. Meanwhile, the rest of the inmates and staff members deal with their respective ongoing storylines (and new ones are created throughout the season) as well as the aftermath of the big prison war between Red (Mulgrew) and Vee (Season 2 guest star Lorraine Toussaint) while new characters are introduced.

While Season 3 manages to retain most of the elements that made the prior seasons worth the watch, it also feels different. There isn’t a full-fledged antagonist unlike the last season, but a few characters operate as specific antagonists: Healy (Michael J. Harney) against Rogers for the welfare of the inmates; Gloria (Selenis Leyva) goes simultaneously against both Red and Sophia (Cox), with the former being a position issue and the latter with parenthood-related issues. The same goes for Leanne (Emma Myles), who goes against both Asian inmate Soso (Kimiko Glenn) and, to a certain extent, Poussey (Samira Wiley).

In terms of genre scope, Season 3 is quite family-driven with the motherhood theme present in a good chunk of the inmates, and it also becomes food-driven with the administration changes. However, Season 3 is also very religion-driven as seen through nearly everyone, most notably via Black Cindy (Adrienne C. Moore) trying to convert to a religion for survival/privilege factors, Leanne and the silent Norma (Annie Golden). The former becomes Pennsatucky (Taryn Manning) circa Season 1 and the latter becomes a religious idol of sorts for the wrong reasons to hilarious results.

The scope and view of Litchfield feels a lot bigger to watch in terms of having to take care of an already massive character roster and the world becoming more expansive in OITNB. Some changes are noticeable, as the show focuses almost evenly on inmates and staff members — the latter was a given with Caputo becoming a bigger character — and now male characters also get backstories. Healy is the first male character to receive one, which explains his behavior towards women, but Bennett and Caputo are the ones who get major character development, which also leads other characters and storylines to be explained and developed, respectively. On the other hand, some inmates get to be explored for the first time via flashbacks, most notably Carrie “Big Boo” Black (Lea DeLaria) and Mei Chang (Lori Tan Chinn) get this season’s strongest flashblack scenes alongside the ones from Norma and Bennett. All of them are pretty great and interesting to watch despite not being tied to Litchfield or Piper (unlike Alex’s flashback, which highlights her paranoid condition in contrast to Piper’s embracing of Litchfield), but they’re nowhere near as powerful as the ones from Pennsatucky. 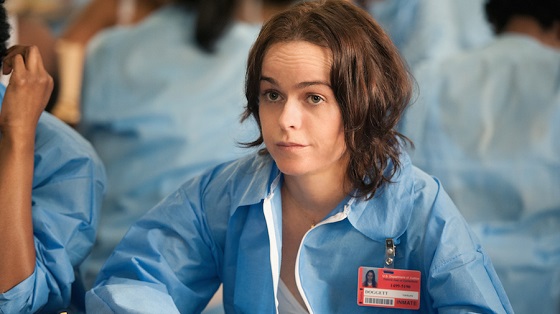 Speaking of Pennsatucky, nobody in OITNB shined stronger than Taryn Manning this season. While I initially didn’t thought highly of Pennsatucky as a character, Manning made her progressively watchable, sympathetic and funnier as time passed by. In this season, Pennsatucky gets a big job, a nice friendship with Big Boo of all people, and a romantic storyline with Donuts that was far superior than the one seen with Bennett and Dayanara. However, Pennsatucky’s storyline took a pretty dark turn, which tied strongly with her past and present life. While Pennsatucky doesn’t have it as bad as Dayanara in present day, she becomes the show’s most sympathetic character by a wide margin thanks to Manning’s masterful acting, which makes Pennsatucky a hilarious, sad and engaging character with diverse range of emotions. Give this woman an Emmy or Golden Globe nomination and/or award, she deserves it pretty badly now. However, with Season 2 being under the Drama category at the Emmys and Critic Choice Awards now, I don’t know if the Globes will also switch the Netflix show to the other category like they did with American Horror Story later on. Some actors will benefit [see: Harney], others won’t and a few won’t be affected [see: Schilling, Mulgrew and maybe Aduba]. Still, Manning’s Pennsatucky shouldn’t be ingored by anyone at all.

While notable standout characters includes Chapman, Big Boo, Caputo, Red, Leanne, Pearson, Taystee, Soso, Healy, Flaca (Jackie Cruz), Poussey and Stella, some characters deserved better. While Dayanara is still a weak link for the series since the beginning — and I doubt Season 4 will change that — the Morello (Yael Stone) character wasn’t used too well and felt like a chore to watch, despite Morello being more fucked up than say, Suzanne (Aduba). Speaking of Suzanne, she had to move on with life and she sort of succeeds, but her fanfiction storyline — used to mostly poke fun at 50 Shades of Grey — was a mixed bag despite poking fun at a certain staff member to hilarious results. Also, Black Cindy came across as an ultra-unlikable character until the season is about to reach its end, despite being a mix of entertainment and tiresomeness. On the other hand, while Jason Biggs not being part of Season 3 at all works in OITNB‘s favor, I wished the screenwriting team considered the buildup for Nicky (Natasha Lyonne) and Bennett and didn’t dispatch them awkwardly and abruptly, respectively. Even Red deserved better at times, considering how talented Kate Mulgrew is as well as Red’s involvement with Healy’s issues.

While I still had lots of fun with OITNB, I didn’t felt the massive urge to continue watching this season as every episode came to an end unlike the previous seasons. However, some of the weaker spots are more pronounced by now, but that’s a given with time passing by. I’m not sure how to process with the final 10 minutes of this season, considering it works as a double-edge sword despite giving the religion theme closure and probably coming across as a giant “jump the shark” moment. Nevertheless, OITNB is a strong household series for Netflix and it’s still worth the watch.