Orange Is The New Black – Season 1 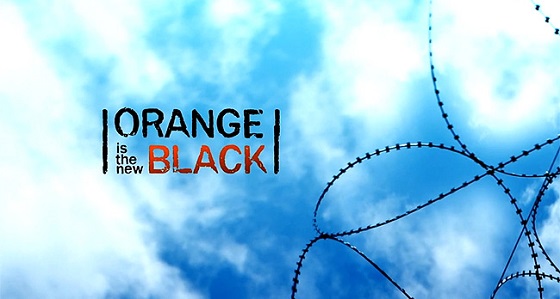 This year in television, Netflix inserted itself as a big player with their web series content, in particular with House of Cards and the Arrested Development comeback. In the process, it’s changed how people can watch TV series by releasing every episode all at once. Out of their new content, Jenji Kohan’s (Weeds) dramedy prison show, Orange Is the New Black, proved to be the most interesting (and entertaining) of them all with its very diverse cast and outstanding storytelling.

It all begins with Piper Chapman (Schilling) serving a 15-month sentence in upstate NYC female prison Litchfield Penitentiary. As the show’s opening minutes unravel, we learn that Piper is leaving behind friends and family, as well as her fiancé Larry (Biggs) and a quiet, law-abiding life among NYC’s upper-middle class. By the way, Larry and Piper’s family were completely unaware of her past — she smuggled drug money for her ex-girlfriend Alex (Prepon) 10 years ago, until the law caught up with her.

Piper (now mostly known as Chapman) meets a wide range of prisoners on her first day, who quickly notice how “green” she is to her new habitat, making her look either laughable or weak. However, a shocking rencounter with Alex leads Piper to reexamine her past as well as her present.

While Chapman is the main character of Orange Is the New Black, and Schilling’s performance is great enough to carry the show as the fish-out-of-water character whose actions makes you simultaneously root for and against her, it’s actually the entire Litchfield world (both prisoners and staff members) that makes the show truly fascinating and outstanding to watch, and if I may add, they’re way more interesting to watch than Piper. We not only get to see her life behind the bars, but it also explores the lives of her fellow inmates, as well as their backstories as to how they landed in Litchfield, which have plenty of ingredients that makes you feel either sad, funny, shocked or appalled. 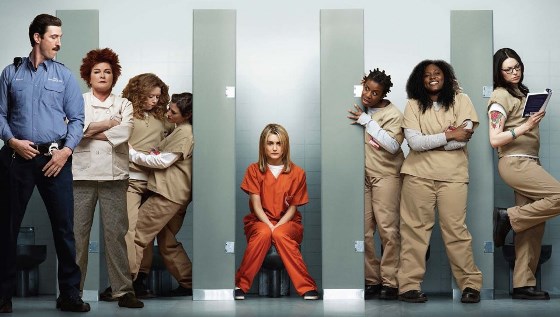 Among these characters, the ones that stood out the most were Russian cook Red (Kate Mulgrew), Taystee (Danielle Brooks), transgender hairdresser Sophia (Laverne Cox), former junkie Nicky (Natasha Lyonne), “Crazy Eyes” Suzanne (Uzo Aduba), the much-feared Miss Claudette (Michelle Hurst) and corrupt officer “Pornstache” Mendez (Pablo Schreiber). They were great to watch thanks to their flaws and quirks, but I’m looking forward to Suzanne a lot in Season 2 since Aduba has been consistently entertaining and amazing at turning a cartoon character into a rounded human throughout the season, in contrast to Piper’s changing perception of life and prison.

Orange Is the New Black has more than one antagonist, but none feel like THE antagonist: among the prisoners, only methhead-turned-religious-nutjob “Pennsatucky” Doggett (Taryn Manning) worked as one, though not fleshed out enough with a backstory that arrived a bit too late, while Miss Claudette and Alex never had an antagonistic feel, despite the former being feared by many and the latter’s connection with Piper being central to the series. Among the staff members, Pornstache works very well as a dick-ish character in contrast to his good-guy pal Bennett (Matt McGorry) — in a secret relationship with inmate Daya (Dascha Polanco) — while homophobic officer Healy (Michael J. Harney) and prison administrator Figueroa (Alysia Reiner) are mostly groomed as future antagonists. Outside Litchfield, Larry, in his search for fame working his way up the journalism ladder, ends up affecting Piper heavily. It’s unusual to see Jason Biggs gradually playing sort-of against type, despite him feeling like his American Pie character often due to his wardrobe and Larry’s isolated setting from all the interesting characters. And to close the American Pie mentions, Natasha Lyonne as Nicky avoids comparisons to Jessica in superb fashion, unlike his co-star.

The show isn’t original in concept by any means — comparisons with Capadocia seem to be inevitable given the topic — and I’ll admit  that the show isn’t as gritty as the Mexican show due to Kohan’s obvious black comedy strokes, and lacks a masterful & viciously evil Bambi-like antagonist as well as not having a main prison staff character fully combating the system, but I expect that last subject to be tackled next season considering Season 1 had to tackle a massive amount of characters and making them memorable, which it succeeded at big time. As of right now, Orange Is the New Black stands out very strongly and fresh among USA programming due to its diverse cast and great use of humor within its dramedy settings, as well as the treatment of its characters (LGBT, blacks, latinas, etc.), despite its initial reliance on stereotypes, which the show got away with due to Piper being the audience’s surrogate, and her initial perception of people were illustrated by the screenwriting.

All in all, Orange Is the New Black has been very addictive and outstanding. Here’s hoping that Season 2 can sustain the grand momentum the first 13 episodes built.