Laura Mvula – Sing to the Moon 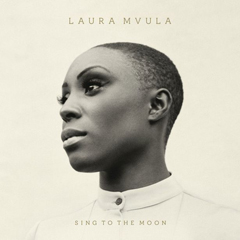 Yet again Britain has shown that when it comes to offering diversity of sound, it’s right on the cutting edge. Laura Mvula comes to me as a question. Indeed, Amy asked me if I wanted to check this artist out and I said, why not. Am I ever glad that she continues to look out for my musical interests.

Ms. Mvula is more than just an enchanting voice. She’s, in fact, what I’d consider the female equivalent of Lewis Taylor: raw soul and innovative musical composition. She takes the sweeping elegance of Brian Wilson and buries her thick and gritty voice in its grandeur. Her sound is equal parts raw and profound, gritty yet incredibly delicate.

The album opens up in an explosion of color. Like The Morning Dew is a completely unexpected opening number, big and loud, making a grand statement about the new lushness of love. It’s a gorgeous way to say hello. Then she continues to experiment with sound and harmony to create the following tracks on the album. Make Me Lovely is just that, lovely and expansive. And then the entire album just becomes an onslaught of sounds and sensations until its closing notes.

Before we concentrate too much on the music that makes up Mvula’s unique sound, let’s just inspect her voice. It’s full of the type of jazz that saw Nina Simone become such an iconic figure of the genre. It’s full of rock candy: gritty, hard, yet painfully sweet. There’s nothing more appealing than stark dichotomy of sound for a vocalist, a voice that can go from guttural growl to sugary sweetness. It’s jarring, but in such a delicious way.

She uses that powerful vocal to create the intricate layering she uses to give each song its depth and power. It’s the type of lush vocal arrangement that made me fall in love with fellow Brit Lewis Taylor — R&B and Soul that’s more cerebral, more want to make the listeners involve themselves in discovering its complexities.

That vocal experimentation serves as the basis for the incredible orchestration and composition of each track. Though it can seem a bit self-indulgent, the truth is the sound is so decadent you almost feel as if you’re spoiling yourself rotten on its rich flavor. Songs like Can’t Live With The World and Is There Anybody Out There play with light and dark tones, using the playful twinkling of a xylophone and interspersing it between thick, heavy bode instrumentation. Then you have songs like Father, Father that are simply constructed, a vocal and a piano making up the greater part of the song. This contrast in style creates a remarkable blend of lushness and simplicity, resulting in an interactive listening experience.

It’s intelligent music, music that’s as enlightening as it is entertaining. It’s a rare phenomenon indeed to find an album that blends both soul and deep thought, both playing off each other brilliantly, yet both proving to be nothing short of an honest look into the artist’s heart. But Sing To The Moon accomplishes just that and provides music lovers with one of the most intriguing finds of 2013.