Days Between, The (German Film) 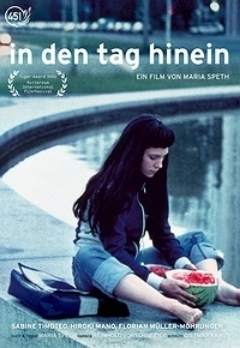 If German auteurist cinema in the early years of the millennium had a face, it was most likely the sullen, tomboyish visage of Sabine Timoteo. More than Christian Petzold’s alluring muse Nina Hoss or the extraordinarily gifted Sandra Hüller, the star of Maria Speth’s second feature, Madonnas (2007), it was this fiery Swiss-born actress who embodied the youthful discontent present at the heart of many of the applicable films.  Filmmakers associated with the loose “Berliner Schule,” or “Berlin School” [1], were responsible for a number of them.

In Speth’s remarkable debut feature, The Days Between, which won one of the three prestigious Tiger awards at the 2001 International Film Festival Rotterdam, Timoteo essays the ostensibly tailor-made role of Lynn, a restless and impulsive 22-year-old who unhappily resides with the family of her taxi-driver brother at their Berlin apartment.  She is a question mark not only to herself but also to others around her.

Speth, however, has shown the nerve to accord her enigmatic protagonists as much respectful distance as possible, a non-audience-friendly approach that, in her hands, almost seems like a welcome corrective to the kind of emotional and psychological probing usually witnessed in such cases.  She accomplished something similar with Hüller in her aforementioned second feature.

A worker at a local kitchen who also substitutes as a club dancer, Lynn is involved in a mostly physical relationship with an amateur swimmer (Florian Müller-Mohrungen) whose otherwise strait-laced personality is virtually opposite of hers. And the same could be said for the shy and introverted Japanese student, Koji (Mano Hiroki), with whom she starts developing an affectionate bond.

But, like Lynn, Koji turns out to be a lost soul, albeit due to entirely different reasons.  The duo’s quiet, melancholy excursions are strikingly captured by Speth and DP Reinhold Vorschneider with the aid of the sterile and distancing glow of fluorescent lights (the visuals at times recall the work of Christopher Doyle).  Speth also has a knack for shooting her characters through reflective glass, again not as specimens to be deciphered but rather as emulations of the alienated outside world in which she has situated them.

But what impresses the most about this graduate of the Konrad Wolf Film and TV Academy, who honed her skills under one-time genre fiend Rudolf Thome (he cameos as Lynn’s distanced father), is her editing.  Despite featuring the barest of storylines in a two-hour span, the film exquisitely builds through short, precisely paced and timed scenes with repetitive motifs. Therefore, long before The Days Between reaches its affecting, unexpected conclusion, it becomes apparent that, much like her star, Speth’s got talent to burn.