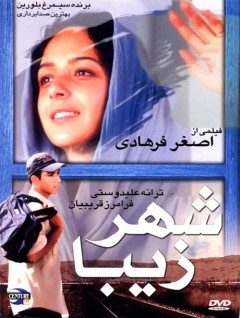 While promoting Asghar Farhadi’s much-acclaimed A Separation on the festival circuit in North America and Europe, the film’s male lead, Peyman Moaadi, stated at one point that, “At a lot of these festivals, they tell me afterwards that they were expecting deserts and camels” and “thinking that women in [Iran] are not allowed even to drive, much less ask for divorce.”

Although the western audiences certainly deserve much of the blame for their ignorance, the onus also falls on the Iranian filmmakers, who, for much of the nineties, kept feeding a single-minded and regressive vision of Iranian society to the rest of the world. It almost seemed as if the more constricted they felt due to the various local laws and regulations, the more they went out of their way to focus on either the exotica or the ailments. It didn’t hurt that such subject matter sold well abroad. But if the characters in many of these films weren’t upstaged by the heavy-handed ideological or moral content, then it was their maker’s formal flourishes that undermined them.

In other words, such works have little to nothing in common with the psychologically intricate and dramatically engrossing films of Asghar Farhadi, which, to further quote Moaadi, also “[show] a new image of Iran, portraying the way that millions of normal people live in Iran today.” Prior to the success of A Separation, distributors around the globe treated his earlier films rather indifferently. Many did not see of light of day in North America, including his intelligent and accomplished second feature, Beautiful City (Shah-re ziba), which, similar to that Academy Award winner, manages to touch on a number of pertinent issues of societal, religious and ethical nature in a grounded, clear-eyed manner.

The film primarily revolves around the efforts of two individuals trying to save the life of a loved one. Only briefly seen at the beginning, Akbar (Farzi-Zadeh) was imprisoned in a youth facility as a 16-year-old after he committed a crime of passion. Two years later, he is transferred to an adult prison where he awaits his death sentence to be carried out. But the process can’t be completed until the victim’s father can raise the compensatory “blood money,” which, according to Islamic law, places the value of a woman to be only half of that of a man, thus requiring him to pay the difference. Determined to save his life, Akbar’s best friend, A’la (Ansari), a petty thief, and his beautiful, headstrong older sister, Firoozeh (Alidoosti, in the first of her three collaborations so far with Farhadi), join forces to beg the father for forgiveness on Akbar’s behalf.

Farhadi handles this complex moral predicament with utmost compassion and sincerity. He allows the natural flow of events to account for his characters’ rationale in negotiating with their own trials and tribulations. Credibly weaved into the narrative, moments of tenderness and humor surface through the burgeoning affection between A’la and Firoozeh, which ultimately puts the onus on them and brings the film to quite a head.

Farhadi’s most remarkable accomplishment here, however, is arguably his conception and execution of the character of the dead girl’s father, Rahmati, played by the talented seventies new wave-era actor Faramarz Gharibian, who was also seen in his auspicious debut, Dancing in the Dust (2003). In a lesser movie, someone like him would be nothing more than a roadblock for moral and societal progress, simply there to be cast aside. Farhadi, through a nuanced, layered screenplay and a light-handed touch with his actor, complicates him to the point that, if anything, he eventually comes across as a victim—of an antiquated, Islamic law-derived judicial-political system, of his love and grief for his dear ones, and of his eventual cognizance of the same others have for their own.