The Fangirly Diary of a Geek Girl: What Justice looks like

Greetings, fellow fangirls and fanboys! This week we had returns, delays and goodbyes, and our first decent look at DC’s Extended Universe! Here’s how the week started:

Habemus Jessica Jones Season 2! But we’ll have to be patient. The sophomore run (with, once more, 13 episodes) won’t debut until after The Defenders‘s first season. Well, damn.

Anyway, here are a bunch of character posters (sorta) for Suicide Squad, as well as the one with the whole team, which director David Ayer shared on his Twitter while announcing the new trailer: 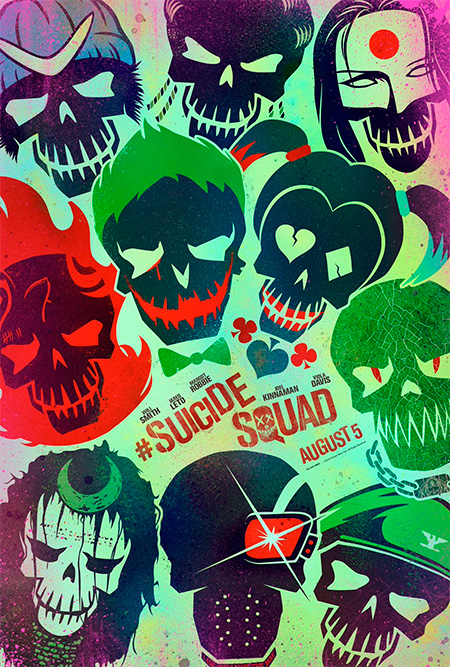 Saturday Night Live may have been delayed because of an NFL game, but it managed to get good ratings. In fact, it hit a two-year high among adults 18-49. Adam Driver’s impact, I suppose!

Here’s something cute! Here is a video of the 2015 Movies in LEGO style!

Stan Lee has predicted that Star Wars and  the MCU will eventually collide, and thanks but no thanks. Those are two great things I doubt would be great together. I mean Disney does own both, but please no! Do comics if you must, but no to crossover movies!

China banned Deadpool for bullsh*t reasons. I mean “violence, nudity, and graphic language”. B*tch please. The only thing China cares about is offensive references to China, anything that harms “public moral”. So either Deadpool insults China in some way or maybe there are LGBT characters and/or references to homosexuality. Then again according to some redditor, “The movie won’t be played in China—not because it didn’t pass a censor board, but because Fox refused to cut the movie”. If that’s true and the Deadpool team refused to compromise their artistic vision, I can respect that.

On Marvel/Netflix series news, Krysten Ritter revealed what would Jessica’s mindset be in Jessica Jones Season 2:

For Jessica, that final moment, that victorious triumphant moment when she kills Kilgrave …  I found that very conflicting in terms of Jessica Jones’ head space, because he’s the reason why she got up every day … he’s the reason why she went out in the world. It really gave her a purpose. And I don’t think that the past trauma just goes away with his death. So yeah, I think that her head space is really complex [going into Season 2].

We also have Elodie Yung talking about her role as Elektra on Daredevil Season 2:

She has this coldness and this sociopath in her, and I tried to keep that. But on the other hand, we wanted to create a character with different layers. And I think Elektra isn’t a bad person. She’s not a good person. She’s a person with different traits, with layers, and she’s seeking for who she is. In this season, there’s an arc to her story, and hopefully, she’ll find — we’ll find out who she is really by the end of it.

And on a different tune, here’s another lovely promo for  Vikings Season 4, which premieres on February 18th and I cannot wait!