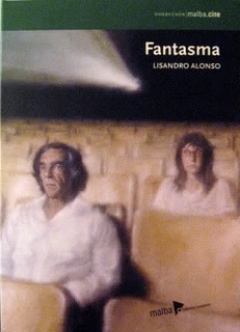 Perhaps one day, in a more ideal cinematic world, any retrospective screening of Tsai Ming-liang’s Goodbye, Dragon Inn, the Taiwanese auteur’s elegiac ode to (the lost art of) filmgoing, will be accompanied by that of Lisandro Alonso’s remarkable, hour-long Fantasma (“Phantom”). After all, both of these films take place in and around the confines of a movie theater that ends up serving as a protagonist of sorts; they employ the projections in those respective playhouses as key visual and thematic motifs; they feature performers that have previously been seen in the directors’ earlier works; and, last but not least, the two films naturally and confidently speak the language of minimalism. While they were not brought into the world hand in hand, they deserve to be together as much as possible now that they are here.

But before any passionate Tsai fan starts looking for a stick to beat Alonso with, it needs to be mentioned that the young Argentine filmmaker is himself an ardent admirer of Tsai’s work, and he made the film partly as a tribute to that masterpiece. However, it also serves another important purpose for Alonso: it finishes off a (loose) trilogy that includes 2001’s La libertad and 2004’s Los muertos, his first two features.

In the opening moments of Fantasma, the latter’s nonprofessional middle-aged protagonist, Argentino Vargas, is found, “in character,” casually strolling the empty ground-floor lobby of Teatro San Martín [1], a sprawling media and performing arts center in Buenos Aires, familiar to most who have been to the city to attend an important cultural event in the recent past. We eventually discover that he is there for the premiere of, well, Los muertos, being screened in a theater on another level. The same applies to Misael Saavedra, initially seen coming out of a bathroom. Also a non-pro, he was the lead (and only) character in La libertad.

As it should be fairly obvious by now, Fantasma is best appreciated by those who are not only familiar with Goodbye, Dragon Inn but also with Alonso’s previous two features. That is not to suggest, however, that it does not have anything to offer to those who do not qualify. But being cognizant of the fact that both Vargas and Saavedra hail from remote rural areas and are not acquainted with the most basic of modern inventions certainly adds to the alternately ironic and contemplative nature of the proceedings. As the duo casually traverse the labyrinthine structure, Alonso briefly introduces us to three other individuals: a film programmer/host, a caretaker, and a cinephile who appears to be employed by the theater company in some capacity.

While Fantasma likewise unfolds via long, stationary takes, Alonso’s formalism is not as rigid as Tsai’s—at times the camera leisurely follows its subject, but without drawing any attention to itself. Equally as impressive is the sound-design, an extremely important aspect of Alonso’s work so far: in a complete reversal from his earlier films, thus accentuating the various dichotomies he seems to be after, here it is largely comprised of mechanical noises.

Vargas eventually makes it to the screening, attended by only two others, one of whom leaves somewhere along the line. Now one needs to have an understanding of how Alonso’s films have been received in his homeland in order to grasp this slyly ironic gesture. Nevertheless, whether it is the final showing of a King Hu classic in a rundown palace in rainy Taipei or an afternoon screening of an art film by a local in an important Buenos Aires facility, the seats largely seem to be occupied by ghosts.