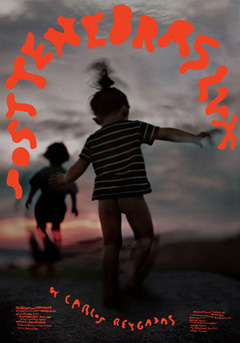 Carlos Reygadas’ particular way of filmmaking always left me with mixed sensations; he really knows how to create bewildering experiences, but at the same time, there are always setbacks that make me move away from his complex visions. This happened with all of his previous works, except for Silent Light in 2007. Loved by some and loathed by others, Reygadas was considered Best Director at Cannes, Cinemanila, and the Lima Film Festival.

Post Tenebras Lux, which means ‘light after darkness’, is a semi-autobiographical film that was made purposely to baffle us, being presented as a sort of a bizarre dream. Though nothing has been said in the film, Reygadas set his dream in all the countries where he has lived: Mexico, Spain, Belgium, and England. The story follows a Mexican middle-class family consisting of Juan (Castro), his wife Natalia (Acevedo), and their two little children (Reygadas’ real children), that decided to move to the countryside. However, such isolation will bring negative consequences to their relationship.

We are certain of one thing only: that the early visit of the devil (in an animated form) certainly represents a bad omen, from which the film starts an odyssey through the inexplicable by presenting us apparently unrelated situations that I often find myself asking what the hell Reygadas was trying to say.

Post Tenebras Lux, shot with rigor, presents a peculiar effect that consists in blurring the screen around the edges to enhance the dreamlike idea, with most of the scenes carrying a Machiavellian tension that always end in the battle between the good and evil. We can witness a peculiar local AA meeting where Juan admits his addiction to Internet pornography, Natalia’s strange visit to a bathhouse in Belgium where a group of people experience sexual pleasures, a calm family gathering in a beach, a treason that led to a crime, and a rugby game in England that ends in an appeal to unity and team spirit (against the evil forces?). Some scenes involving violence against animals were abominable, while the devil figure and a self-decapitation near the end, made me laugh for a while.

The films is as intriguing as it is captivating, as it is despicable and frustrating. Pretentious or not in its disjointed structure, I cannot deny that I was immerse in the story till the end, but can only recommend it for those who don’t mind to have something to decode in practically every scene. It just aims to our senses without worrying with any particular message or logic.