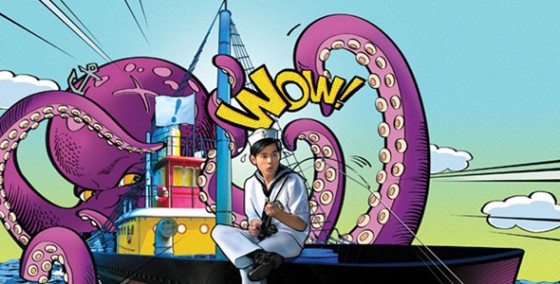 In this website, we don’t hate Jay. Check Beginner’s Guide to Jay Chou.

Jay Chou is a talented guy. Everything you can’t do, he does it for fun and he sometimes makes money out of it. A TV show? He’s done one. Movies? That too, including a few directed by himself. He directs some of his own music videos, writes songs for other artists, sings his own songs, sponsors products, and owns his own series of stores — that’s right, he owns more than one store for fun.

Jay Chou also loves his mom, Ye Hu Mei — the exact name of one of Jay’s albums. Jay Chou named one of his albums after his mother. What have you done for your mother lately?

Everyone loves Jay. Young or old… Taiwanese, Chinese, Chinese Americans… non-Mandarin speakers. It doesn’t matter if you say you hate him, because you are still talking about him.

Whatever your thoughts are on his acting or his directing, we can all agree that he has the gift of music. We may not be completely into his rock songs, and his R&B songs might be a bit odd to listen to for the unaccustomed ears, but when Jay hits the right notes, he composes some outstanding pop ballads infused with Chinese flavor.

However, when it comes to making an album, Jay Chou always seems to be missing the mark. Except for his 7th album, Still Fantasy (依然范特西), which doesn’t exactly feel whole either. It is to date one of his most complete works compared to the subsequent albums released under his own JVR Music — yes, he has his own label too.