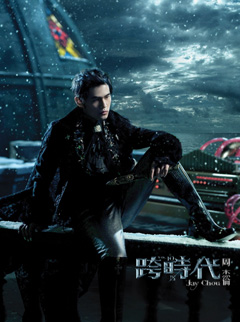 Zhonguo Feng idol Jay Chou is back with The Era, as he tries to make it as an actor, producer and director. It seems like Chou is somewhat stuck in a place creatively.

Starting with the messy synth pop rock title track, suddenly followed by a soft ballad like Said Goodbye, we seem to be waiting for a train wreck. Luckily for Chou, he followed it with Fireworks Cool Easily, a soft period drama-like song that is easily a stand-out piece for instrumentation and musicality alone.

Perhaps he tries to experiment in the middle of the album, as he adds the spaghetti western Free Instructional Video, and the Zhongguo Feng pop ballad It Rains All Night. The rest of the tracks are filled with Chou’s typical pop slow jams with catchy hooks. Yes, including Superman Can’t Fly.

Preview on Xiami.com | Like it? Buy the album on YesAsia.com | iTunes