So… you’re looking to get into Jay Chou after seeing The Green Hornet or what not? Maybe you’re planning to start your Mandarin lessons, and even plan into deeping your toes into some Chinese or overall Asian music? Well, what better way to get into Chinese/Asian music than starting with Jay Chou. 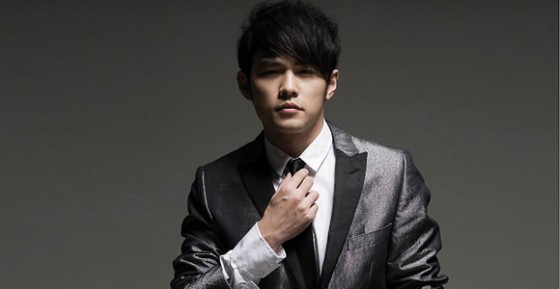 Jay Chou, or 周杰伦 Zhou Jie Lun, has popped many people’s Chinese music cherry. Chances are if you know someone who listens to pop music from China/Taiwan, they began with Chou himself. In fact, I did. It was probably 2003 or maybe early 2004 and my friend sent me an mp3 via MSN — I know, we’re ancient! — and it all began!

Jay plays the piano quite masterfully, and actually composes his music with the help of lyricist Vincent Fang (方文山). He also acted and directed a film called Secret, which he also composed the score for along with Therdsak Chanpan. He’s acted in other films, produced (a not so successful) TV drama, written books, and even hosts a talk show.

His discography spans ten studio albums, a few live albums, and even themes for films. With over 100 songs in his catalog, here are ten picks to get you started~

Simple Love popped my Cpop cherry. It’s pop, its melody is easy, the lyrics too… it’s aptly titled. The song is easy to get into, and the last hook of “Xiang / Jian! Jian! / Dan! Dan! / Ai~” is just so silly it’s dreamy, it’s impossible to not get into it.

It is in the Common Jasmin Orange album when Jay Chou shows his ability to combine easy to love pop with more Chinese-style infused sounds (Zhongguo feng), and it is with the single of the same name that he achieves it best.

The lyrics, penned by Vincent Fang, refer to a plant while talking of things such as a sparrow, sanma fish (Pacific saury), rain or ripe tomatoes. Yup, this is zhongguo feng indeed.

Also penned by Vincent Fang, Hair Like Snow continues Chou’s Chinese-styled songs with a very pop flare, as he goes further and further away from R&B. The song, and the video, deal with a love that might — or not — go beyond incarnations.

Chou’s Mai Ya Tang escalates the zhongguo feng style to a whole new “country-ish” level musically and lyrically. In it, Vincent Fang writes about life in the rural country… hills, streams, windmills, and fields, alongside Chou’s happy and catchy tune.

They even use some simple Thai phrases~

I was a bit reluctant to add this song, but I figured this wasn’t about me. The reason why Ting Mama de Hua makes it to the list is because Jay Chou writes a rap/lullaby that talks about listening to what your mother says. How freaking positive is that?

With all the fuming over Amy Chua’s on Why Chinese Mothers Are Superior, and her book Battle Hymn of the Tiger Mother, Jay Chou writes a song where he wonders why he couldn’t watch cartoons or play video games, about his mother’s problems and how she puts on a strong front for him. He advises his young audience to listen to their mothers, and to never let them get hurt.

How’s that for a lullaby rap song?