The 16th Annual San Francisco Silent Film Festival continued into its second day at the historic Castro Theatre yesterday. The festivities began with special guests Jan-Chritopher Horak, Anthony L’Abbate and Melissa Levenesque taking part in the festival’s series Amazing Tales From The Archives. Friday’s installment was entitled The Archivist As Detective and featured live piano accompaniment by Stephen Horne. Horne played the accompaniment for two of the films on Friday as well.

Next up was the 1920 version of Huckleberry Finn with  live piano accompaniment by Donald Sosin. Sadly, I had to miss both of these events. 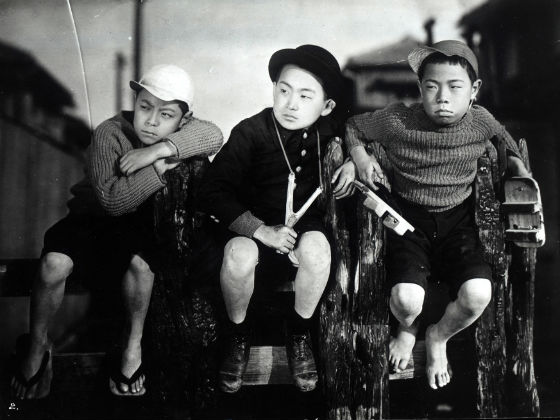 The first screening I was able to attend was of Yasujirō Ozu ‘s 1932 silent comedy I Was Born, But… The film tells the story of two boys who must adjust to life in a new neighborhood while also trying to come to terms with their father being the employee of one of their new schoolmate’s father. It’s a beautiful film, full of humor and wonderful truism about childhood and adult hypocrisy.

Throughout the festival some of the films are preceded by “orphan” films — films that have no copyright and no one to claim ownership or help fund their restoration.They range from documentaries, propaganda, commercials, industrial recordings, newsreels, etc. These little screening are almost like a little mini festival hidden within the main festival. The collection of orphan films are presented in conjunction with the 8th Annual Orphan Film Symposium. 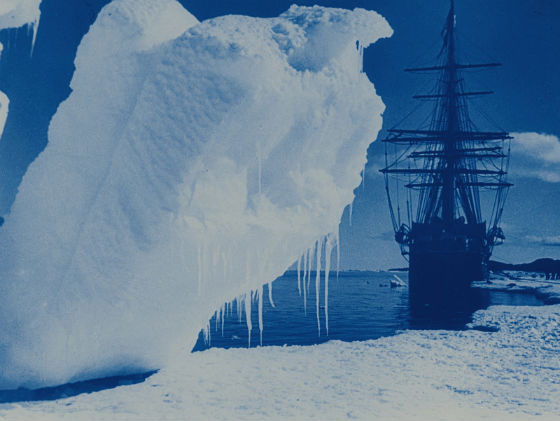 Before the next film began, the orchestra was heard practicing and tuning, adding a curious and fragmented soundtrack to the hubbub and roar of hundreds of eager silent films fans chatting throughout the auditorium.

The following film marked the North American premiere of the BFI restoration of the 1924 documentary The Great White Silence. The footage used in the documentary was filmed from 1910 to 1912 by Herbert Ponting while he was with British Royal Navy Captain Robert Falcon Scott’s Terra Nova Expedition to the Ross Sea and South Pole. The film captures what life was like for the crew, some groundbreaking footage of antarctic animals (penguins! seals!) and documents Capt. Scott’s fruitless and ultimately fatal final attempt to be the first to reach the South Pole.

The Great White Silence is as humorous as it is harrowing. The BFI’s restoration is breathtaking; the images were shot over 100 years ago and they look as crisp and beautiful as ever. 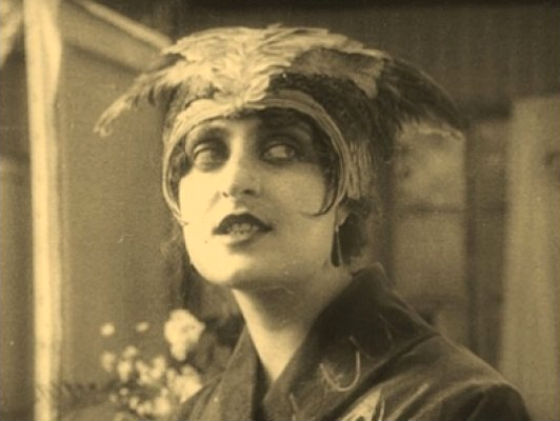 The final screening of the night was Giovanni Pastrone’s 1916 “Diva” film Il Fuoco, featuring one of the great Italian film Divas, Pina Menichelli. The print came with Italian inter-titles, which had to be translated and read to the audience by the festival’s emcee, Frank Buxton. At 45 minutes, the film isn’t quite a feature, but you can’t quite call it a short film either. Whatever it is, it was fascinating.

The San Francisco Silent Film Festival continues over the next two days at the Castro Theatre. For more information on the festival, including a full line-up and ticketing information be sure to check out the festival’s website: www.silentfilm.org.